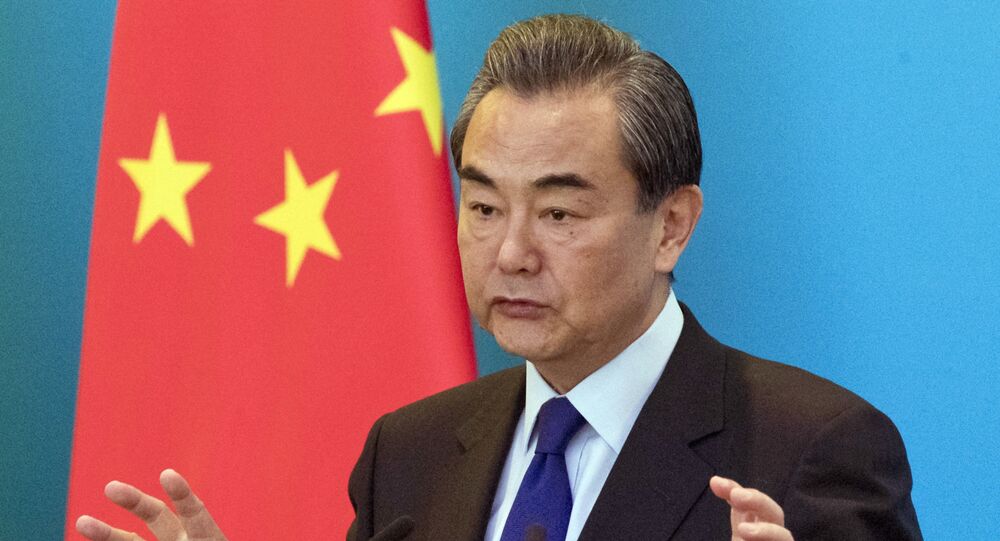 Wang Yi urged to refrain from politicization over the absence of some Western leaders at the high level international cooperation forum, the Silk Road summit.

One Belt From Asia to Oceania: China’s Maritime Silk Road to Potentially Encompass Australia and New Zealand
BEIJING (Sputnik) – Chinese Foreign Minister Wang Yi urged on Tuesday to refrain from politicization over the absence of some Western leaders at the high level international cooperation forum, the Silk Road summit, scheduled to take place in Beijing on May 14-15 within the Chinese "One Belt, One Road" initiative.

"This is the economic initiative and it deals with the economic cooperation, so we do not want it to be politicized," Wang said at a briefing answering the question, whether some Western leaders did not confirm their participation due to lack of understanding of the initiative.

According to the foreign minister, Eurasia is the main region covered by the "One Belt, One Road" initiative, and the majority of participants represent this region, however, the framework of the initiative will be expanding.

Such states as Germany and France have a desire to attend the forum, however, their leaders are unable to arrive in Beijing due to the elections in these states, the minister said, adding that London, Paris and Berlin plan to send their high level representatives.

China's "One Belt, One Road" strategy was launched in 2013 and is aimed at developing infrastructure and strengthening ties between the Eurasian countries. The initiative consists of two components, the land-based Silk Road Economic Belt from Asia via the Middle East to Europe and Maritime Silk Road connecting China’s port facilities with the east African coast, leading to Europe via the Red Sea and the Mediterranean.