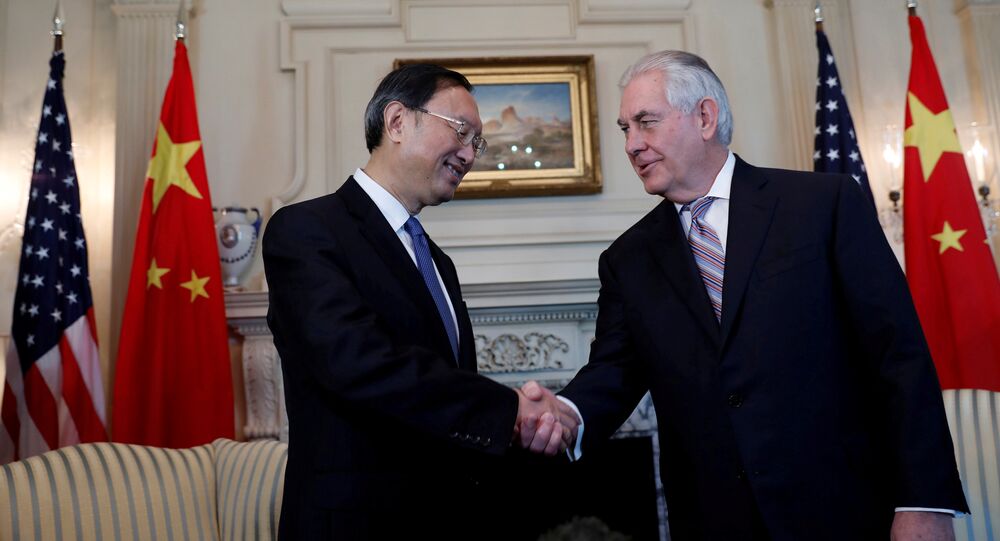 © AFP 2021 / KIM JAE-HWAN
'Missile Blew Up Almost Immediately': US Military Confirms DPRK's Failed Test Launch
BEIJING (Sputnik) — Earlier in the day, South Korean military said it registered what appeared to be Pyongyang's failed attempt to launch a missile from Sinpo, South Hamgyong province, with US Pacific Command confirming the information and adding that the missile "blew up almost immediately."

Tillerson and Jiechi have exchanged views on the Korean political situation during a phone call, the Xinhua news agency reported.

On Friday, US media said that Trump may order a strike against North Korea in case Pyongyang decides to carry out another nuclear weapon test. The reports came after Trump said that the North Korean nuclear issue would be taken care of, while calling on China to pressure its neighbor into giving up its nuclear program. In response, the general staff of the North Korean armed forces threatened to launch a strike against US military bases in Japan and South Korea, as well as the presidential residence in Seoul in case of US aggression.