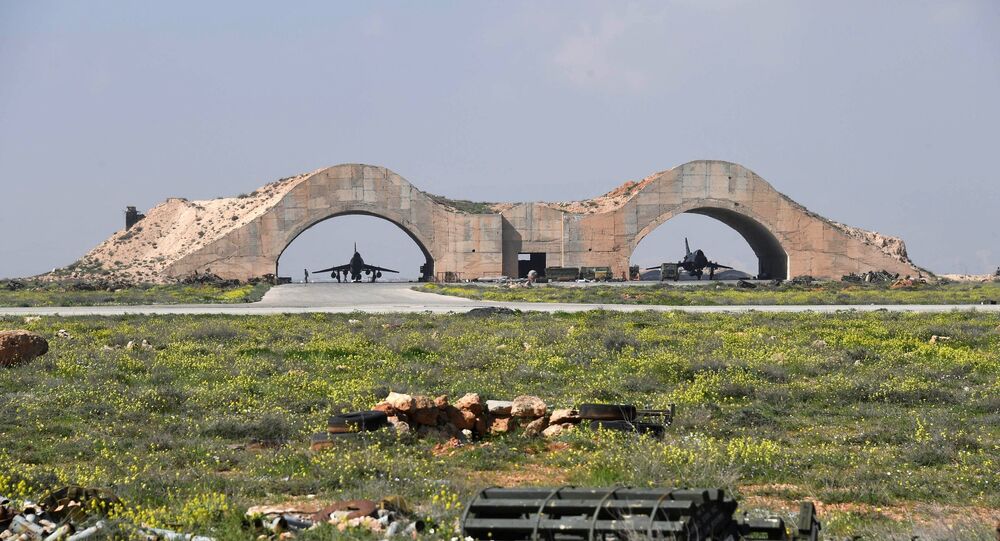 What's Behind US Playing Out 'Chemical Weapons Scenario' in Syria

On Thursday, the Syrian General Staff said that the United States-led coalition bombed a Daesh warehouse presumably containing toxic materials, as a result killing and poisoning hundreds of people, including civilians.

The Syrian military underscored that it does not have chemical weapons.

By speculating on the issue of chemical weapons in Syria, the US plays out a certain scenario, according to Andrei Koshkin, a military analyst and head of the Sociology and Political Science Department at the Russian Plekhanov Economic University.

"Currently, the key story hyped by the US on the international agenda is Syrian chemical weapons. The most interesting thing is that everyone knows that the terrorists have chemical weapons. But the US keeps blaming the Syrian government, in order to play out the scenario of political unification against Russia and Damascus," Koshkin told Radio Sputnik.

According to the analyst, Washington’s rhetoric shows its intention to have impartial control over the situation while in practice the US acts depending on political gains.

"Unfortunately, what we’re witnessing there is wishful thinking. Washington is looking for political benefits. This is why we cannot unite in the fight against Daesh," he pointed out.

© REUTERS / Bassam Khabieh
US-Led Coalition Should Follow Int'l Law in Syria - Russian Deputy FM
Moreover, according to Koshkin, the US does not want to admit the illegitimacy of its actions.

"Like many biased organizations, for example the White Helmets, the US distributes false information and then simply forgets about it. They use such media campaigns in order to distract public attentions from the actual situation," Koshkin concluded.