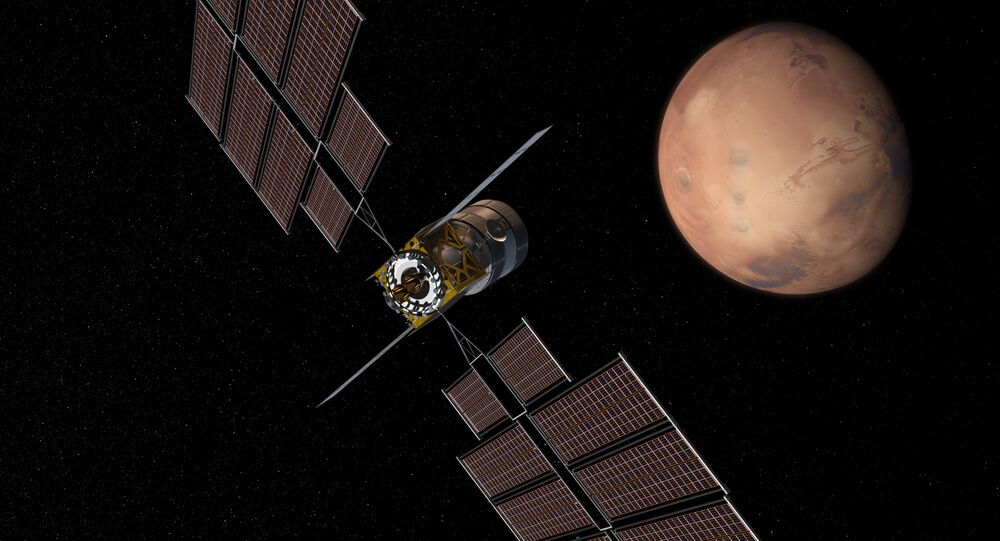 NASA scientists revealed that planets similar to fictional - "Tatooines" - from the Star Wars saga might actually exist and could even be habitable.

In George Lucas' epic saga, the planets — that orbit two stars — look like a sandy desert, but in reality NASA found that they could be capable of supporting life.

According to their findings, the planets could be habitable if they are located at a certain distance from their two stars.

"This means that double-star systems of the type studied here are excellent candidates to host habitable planets, despite the large variations in the amount of starlight hypothetical planets in such a system would receive," research fellow at Princeton University in New Jersey Max Popp said, cited by the official NASA website.

© Photo : Youtube/caltech
Eater of Worlds: Star Discovered Slowly Devouring its Planet
The so called "Tatooines" are quite a rare occurrence. So far only 11 "Tatooines" have been found in nine star systems.

Scientists associate their rarity with the fact that such planets are extremely difficult to see with the help of today's telescopes.

In their research, Popp and his colleagues analyzed one of such planets, called Kepler-35b. The planet is eight times larger than the Earth and has an orbit of about 130 Earth days.

Kepler-35b is located too close to its stars, which is why life on this planet could hardly exist. However, scientists created a model for a Kepler-35b analogue, "moving" it and placing it at a distance, which is 10-20% larger than the distance between the Earth and the Sun.

At this distance, a year on this planet would last about 340 or 380 days and the planet itself would have a fairly stable, albeit a very inconsistent climate. According to the scientists, the planet could support life, however temperatures would be quite cold.