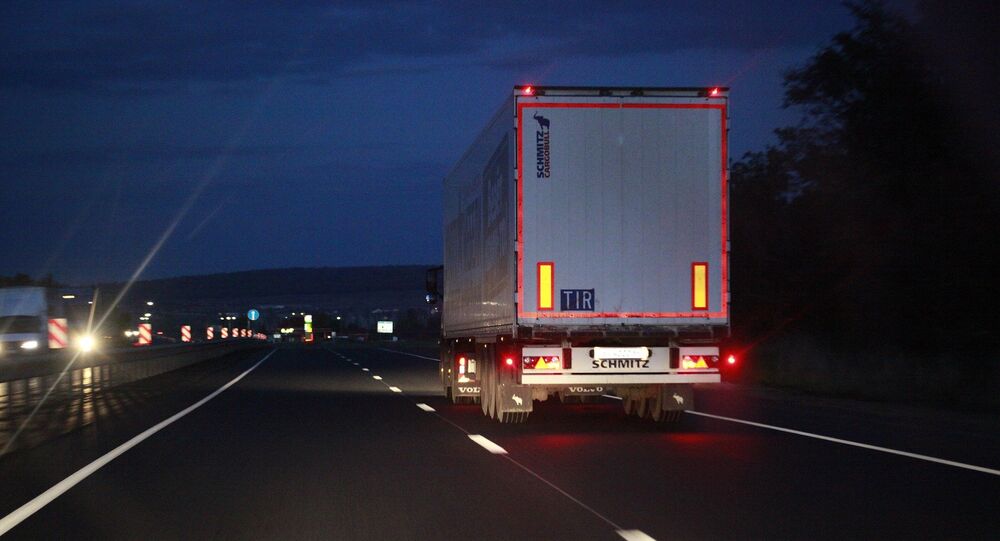 India and Russia will soon have a dry run of container movement on the International North-South Transportation Corridor as the two countries prepare to mark the 70th anniversary of diplomatic ties on April 13. The corridor can give India access to Eurasian markets and vice versa.

© AFP 2020 / DIBYANGSHU SARKAR
Experts Say Russia-India Defense Ties 'Privileged'
New Delhi (Sputnik) — The North-South corridor has moved closer to implementation after India's Cabinet approved in early March the signing of the Transports Internationaux Routiers or International Road Transports (TIR) Convention, becoming the 71st signatory to this international transit system, designed to facilitate the seamless movement of goods throughout these countries in Asia and Europe. Both Pakistan and China have been members of the convention.

The Russia-India sponsored corridor is a land- and sea-based 7,200-km long network comprising rail, road and water routes and reduces freight costs and travel time between participating countries. In fact, it could put India at the center of trade between Europe and Southeast Asian countries.

The Federation of Freight Forwarders' Associations in India commissioned a study which estimates that the North-South corridor will be 30% cheaper and 40% shorter than the existing routes, including the Chinese One Belt, One Road initiative.

© Sputnik / Igor Russak
Russia, India Sign MoU on Mutual Deployment of State Navigation Stations - Roscosmos
Compared to shipping routes which take about 40 days, a shipment from Mumbai was able to complete its journey to Russia's Kaluga Region in 23 days transiting through the Iranian port of Bandar Abbas, and then by rail to the country's Rasht station. From there, it was delivered by road to Astara in Azerbaijan and reloaded on a Russian train to reach its destination.

Iran's Chabahar port, being built with Indian collaboration, will also be part of the initiative and provide another alternate route.

Experts reckon that the International North-South Transportation Corridor has a key role in shaping future India-Russia ties as well as binding the entire Eurasian region economically.

"With global politics becoming more uncertain with unilateralism and protectionism becoming the order of the day, India and Russia have a greater responsibility to promote multilateralism and initiatives that promote the cause of free trade and deliver prosperity to the millions of people," said Sunjoy Joshi, Director of the New Delhi-based Observer Research Foundation during a high-level panel discussion on India-Russia ties.