An appeals court in the Philippines has upheld a lower court’s conviction of a US Marine for the killing of a transgender Filipino woman.

Lance Cpl. Joseph Scott Pemberton was sentenced to six to 10 years in prison for the killing of Jennifer Laude, and ordered to compensate the woman’s family. While the Marine was not convicted of murder, he was found guilty of the lesser crime of homicide, which does not require proof of malicious intent. 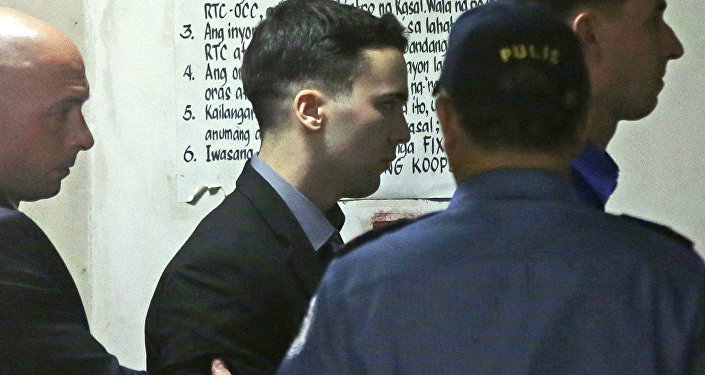 Pemberton claimed that he had killed Laude in self defense, inside a motel room in October, 2014. The two had met earlier in the evening at a dance club.

The disgraced serviceman claimed that Laude had sexually assaulted him in the motel room while “pretending to be a woman.” Pemberton stated that he needed to “defend his dignity,” but that he did not intend to kill her. He claimed that Laude was performing a sexual act on him when he found out that she still had male genitals.

Pemberton claimed that he had confronted Laude about not being a biological woman and she slapped him in response, and things escalated from there. Laude was drowned in a toilet bowl.

"As proven by the prosecution, Pemberton did not leave Laude merely unconscious, but ensured his death by submerging his head inside the toilet bowl," Associate Justice Marlene Gonzales-Sison wrote. "Clearly, Pemberton intended the natural consequence of his wrongful act."

Pemberton admitted to choking Laude, but claimed that she was alive in the shower when he left the motel. After Laude’s death, Pemberton told two other Marines that he thought he had just “killed a he/she.”

US Judge Halts ACA Abortion, Transgender Protections One Day Ahead of Activation