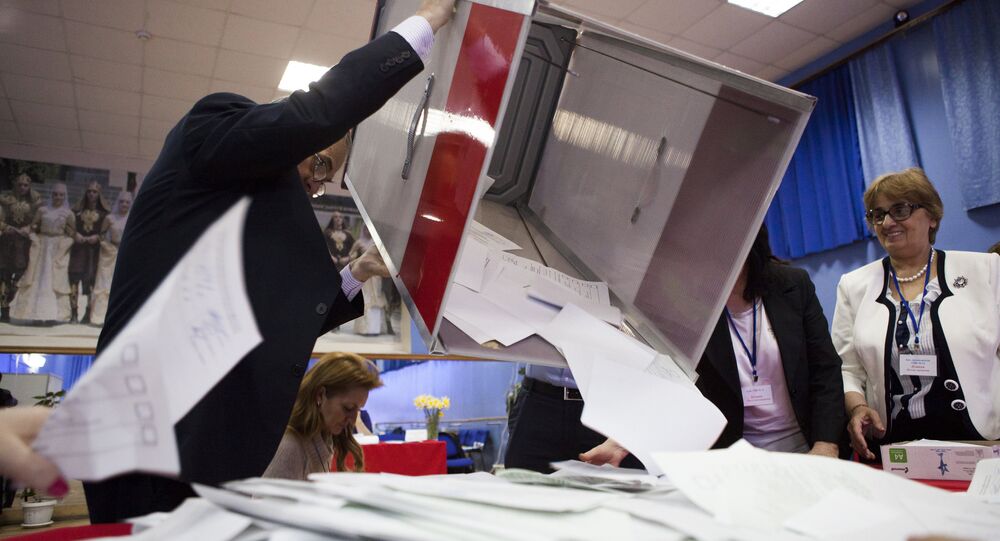 The European Union does not recognise the framework in which the so-called Presidential elections and the referendum on amending the name of the Georgian breakaway region of South Ossetia, according to a spokeswoman of the European Union External Action Service (EEAS).

© Sputnik / Valeriy Melnikov
All Clear: No Violations Registered at South Ossetia Presidential Election
MOSCOW (Sputnik) — The European Union does not recognize neither South Ossetia's presidential election nor its referendum on renaming the republic, both of which were held on April 9, a spokeswoman of the European Union External Action Service (EEAS) said on Monday.

"The European Union does not recognise the framework in which the so-called Presidential elections and the referendum on amending the name of the Georgian breakaway region of South Ossetia," the spokeswoman said, citing a statement issued on Saturday ahead of the vote.

She added that the European Union reaffirmed its strong commitment to peaceful resolution of the conflict, including the EU co-chairmanship of the Geneva International Discussions and the EU Monitoring Mission.

Earlier in the day, Kremlin spokesman Dmitry Peskov stated that the election in South Ossetia "was an absolutely politically competitive democratic electoral process." Head of the Russian State Duma’s delegation of observers Nikolay Govorin on Sunday confirmed that the election and referendum met the national legislation of South Ossetia, as well as the "universally recognized democratic principles and norms of organization and conduct of free, fair elections."

© Sputnik / Mihail Mokrushin
South Ossetia to Ignore US Position Amid Republic's Presidential Elections
On Sunday, both a presidential election took place in South Ossetia and a referendum on renaming the republic to "Alania." Head of South Ossetia's Central Election Commission Bella Pliyeva said, citing the preliminary data, that parliamentary speaker Anatoly Bibilov is leading in the election with nearly 58 percent of the votes, while incumbent leader Leonid Tibilov was supported by 30 percent and State Security officer Alan Gagloyev by 11 percent of voters. As for the referendum, a total of 78 percent voted in favor of renaming the republic.