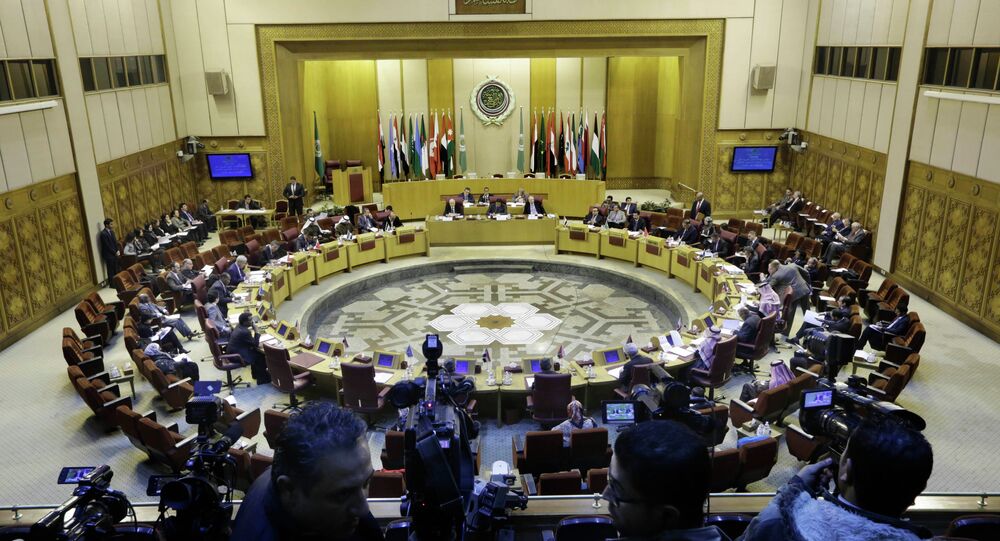 © AP Photo / Alex Brandon
Trump Congratulates Military for Successful 'Attack' in Syria
MOSCOW (Sputnik) – Russian Deputy Foreign Minister Mikhail Bogdanov met with heads of diplomatic missions of the Arab League states in Russia and informed them about Moscow’s official position on the US missile strike against the Ash Sha’irat airbase in Syria, the Foreign Ministry said in a statement.

“Because of the interests showed by Arab ambassadors, Bogdanov explained in details principal and consequent Russian approaches to the goal to reach political settlement of the Syrian crisis as soon as possible, also amid the April 7 US missile strike on the airbase in Syria – a sovereign Arab state – in violation of the international law and the UN Charter,” the statement said.

Bogdanov also explained the Russian position on the conflicts in Libya and Yemen as well as on the Israeli-Palestinian conflict.

On Thursday night, the United States carried out a missile attack on Ash Sha’irat, located about 40 kilometers (25 miles) from the city of Homs, claiming, with no evidence provided, that the chemical attack on Syria's Idlib was allegedly launched from that airfield. According to US Department of Defense, a total of 59 Tomahawk cruise missiles were launched during the attack.

Earlier on Saturday, Russian Foreign Minister Sergey Lavrov said that the US missile attack on the Syrian military airfield violated the international law.