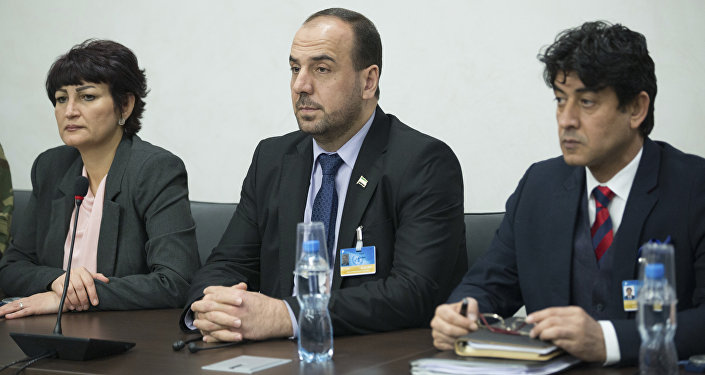 © AP Photo / Xu Jinquan/Pool
HNC Hopes 'Russia Will Play an Important Role in Syrian Settlement'
ROME (Sputnik) — Italy’s stance on the Syrian crisis remains unchanged following the US decision to attack a Syrian military airfield, as Rome continues to believe that a resolution of the conflict could be reached only through UN-backed intra-Syrian talks, with Russia as a key player throughout the process, Italian Prime Minister Paulo Gentiloni said Friday.

"Italy has always believed that a sustainable Syrian settlement could be reached through negotiations, which should include the opposition forces and the regime [of President Bashar Assad] under the UN auspices, with a constructive and decisive role of Russia in it," Gentiloni said.

Washington launched cruise missiles at the Syrian military airfield near the city of Homs on Thursday night. The military action was a response to the alleged chemical attack in Syria's Idlib on Tuesday, which, according to US President Donald Trump, Washington blames on Damascus.

"I am sure that today’s military action will not create obstacles, but instead it should improve chances to achieve the long-term solutions in the political talks," Gentiloni added.

In March, Italian Foreign Minister Angelino Alfano told Sputnik that Russia could play a decisive role in the settlement process of the crisis in Syria, given the influence Moscow could have on all parties of the conflict, particularly the government.