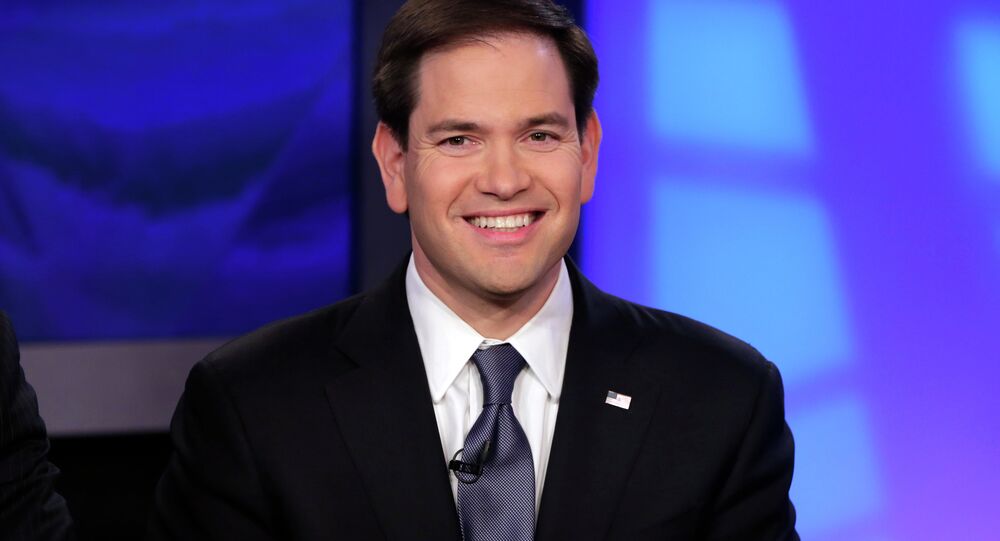 Syria could retaliate the US for the strikes carried out on Thursday, US Senator Marco Rubio said in an interview on Friday.

© AP Photo / J. Scott Applewhite
US Strike Against Syria ‘Appears to Be Proportional Response' to Chemical Attack - Pelosi
WASHINGTON (Sputnik) — Syria could retaliate against the United States for the strikes carried out on Thursday night by going after US troops in the region, US Senator Marco Rubio said in an interview on Friday.

"Syrians don’t have the capacity to retaliate against the United States other than, perhaps, doing asymmetrical things — or a chemical attack," Rubio stated in an interview with CBS News. "If Assad is willing to use sarin gas against his own people — civilians — he’s probably willing to use [it] against Americans."

Rubio noted that there are hundreds of US troops currently serving as military advisers in Syria.

The United States launched 59 Tomahawk cruise missiles at the Syrian military airfield in Ash Sha'irat in the province of Homs on Thursday in response to a chemical attacks on Tuesday that killed civilians. According to the Syrian armed forces, the missile attack claimed at least six lives.

US Strike In Syria ‘Appears to Be Proportional Response' - Pelosi