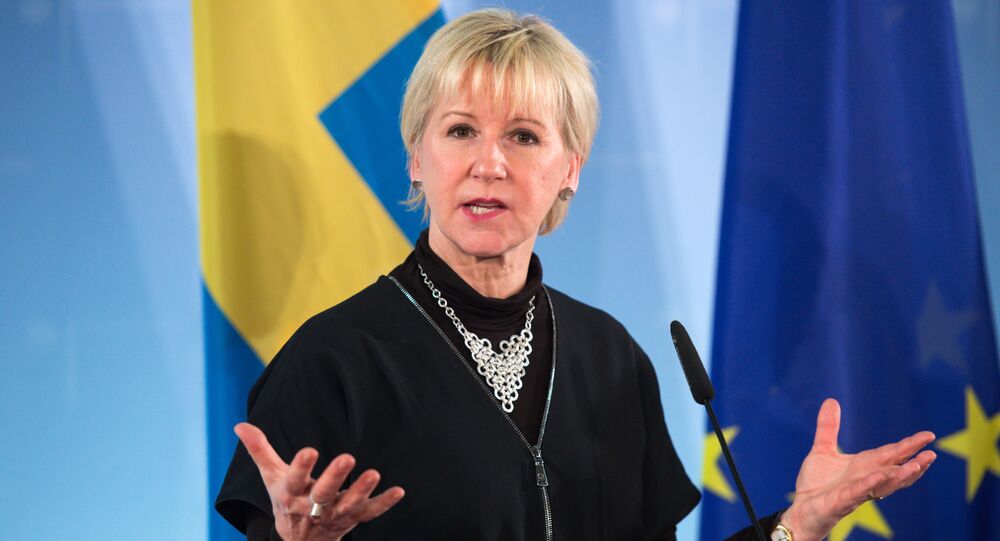 Swedish Foreign Minister Margot Wallstrom said that tha US missile attack on a Syrian airfield raises questions on whether or not such actions are against international law.

© Sputnik / Mikhail Voskresenskiy
Pentagon's Airstrike in Syria: Trump 'Needs a Swift Victory to Resolve' Domestic Issues
STOCKHOLM (Sputnik) — The US missile attack on a Syrian airfield in the nation's Homs province raises questions on whether or not such actions are against international law, and for this reason, the UN Security Council should consider and review the matter, Swedish Foreign Minister Margot Wallstrom said Friday.

"It is unclear whether the missile attack last night is the new American policy. It is important that there is also an international legal basis for action. Last night's missile attack also raises questions about how this could be compatible with international law. The issue must therefore return to the security council, which must take responsibility to reach a lasting political solution. There is already too much military power in Syria. It is high time that the Syrian people get to decide their own future," Wallstrom said, as quoted by The Local newspaper.

© REUTERS / Robert S. Price/Courtesy U.S. Navy
Syrian Presidential Office Calls US Attack 'Frivolous, Irresponsible, Shortsighted'
On Thursday night, Washington launched 59 Tomahawk cruise missiles at the Syrian military airfield in Ash Sha’irat, located in just 40 kilometers (25 miles) southeast of the city of Homs. The attack was a response to the alleged chemical attack in Syria's Idlib on Tuesday, which, according to US President Donald Trump, Washington blames on Damascus.

Wallstorm continued by calling the recent chemical attack in Idlib "despicable," and expressing how regrettable it was that the UN Security Council had failed to reach consensus on a resolution to investigate the attack.

Earlier in the day, the Syrian Armed Forces General Staff said that the US missile strike on Syria's military airfield was a violation of international law. US President Donald Trump said the attack was a response to the alleged chemical weapon use in Idlib on Tuesday.