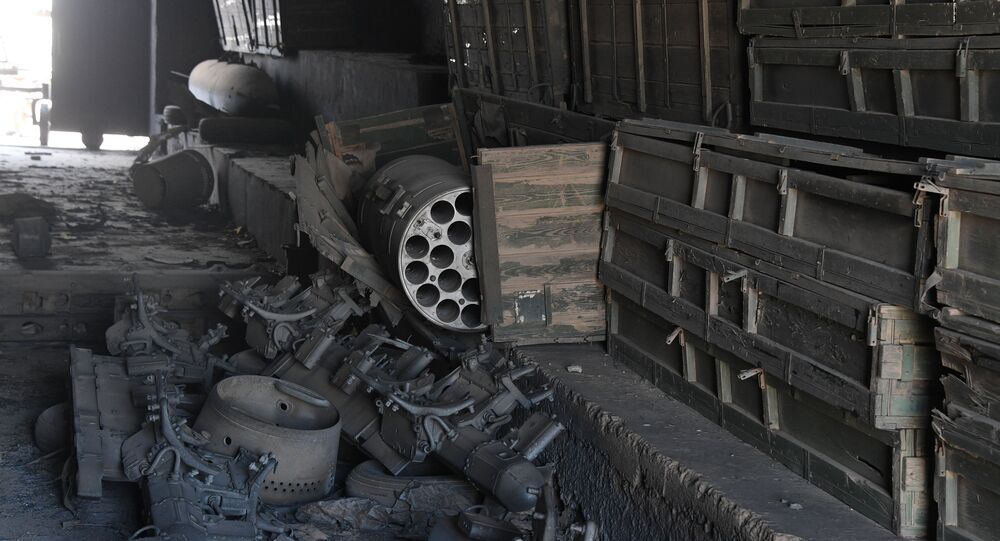 Terrorists Began Offensive Against Syrian Position Straight After US Attack

Daesh and al-Nusra Front terrorists started an offensive against Syrian positions straight after the US missile attack on the Syrian airfield, the Russian Defense Minisrty stated on Friday.

"I'd like to mention the fact that immediately after the massive missle strike on the Syria air base Daesh and al-Nusra Front terrorist groups started a large-scale offensive against the Syrian positions," Russian Defense Ministry spokesman Maj. Gen. Igor Konashenkov told journalists.

© AFP 2020 / Ford Williams/U.S. Navy
Сoincidence? Daesh Militants Attacked Syrian Army Positions Simultaneously With US Strike
The United States launched 59 Tomahawk cruise missiles at the Syrian military airfield in Ash Sha'irat near Homs late Thursday. US President Donald Trump said the attack was a response to the alleged chemical weapon use in Idlib on Tuesday, which Washington blames on Damascus.

Earlier in the day, an informed source told Sputnik, that Daesh terrorist fighters had attacked the Syrian armed forces at the same time and in the same vicinity as the US missile strike on its airfield near Homs.

The source said the terrorists launched an attack on a Homs-Sha'irat stretch of highway at around 23:00 GMT and held their territory for over an hour until the arrival of reinforcements.

"Is it a coincidence that Daesh fighters attacked one of the defensive positions of the Homs-Palmyra route simultaneously with the US attack on Sha'irat?" the source said.