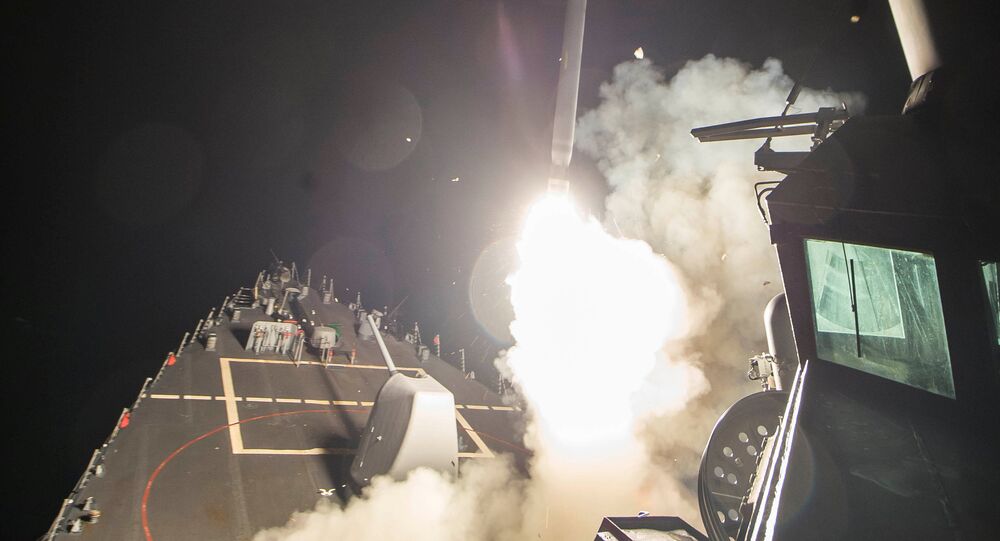 The US missile strike on an airfield in Syria’s Homs province can jeopardize the agreements reached via the Geneva platform and will likely worsen relations between Washington and Moscow, the chairman of the Russian Federation Council's Committee on Defense and Security told Sputnik.

© Sputnik / Vladimir Fedorenko
US Missile Attack on Syria Signals Pentagon's Clashes With Trump - Russian MP
MOSCOW (Sputnik) – On Thursday night, the United States launched over 50 Tomahawk cruise missiles at the Syrian military airfield in Ash Sha’irat, located about 40 kilometers (25 miles) from the city of Homs. US President Donald Trump said the attack was a response to the alleged chemical weapon use in Syria's Idlib on Tuesday, which Washington blames on the Syrian government.

"After this incident the already clouded relations with the US will somewhat worsen," Victor Ozerov told Sputnik on Friday, adding that the missile attack will likely be "a very bad example for the armed opposition in Syria, which could put under question the agreements reached with the opposition, including in Geneva."

Ozerov stressed that military cooperation between Russia and the United States could be at risk because of the Thursday strike as US had failed to communicate properly on the matter.