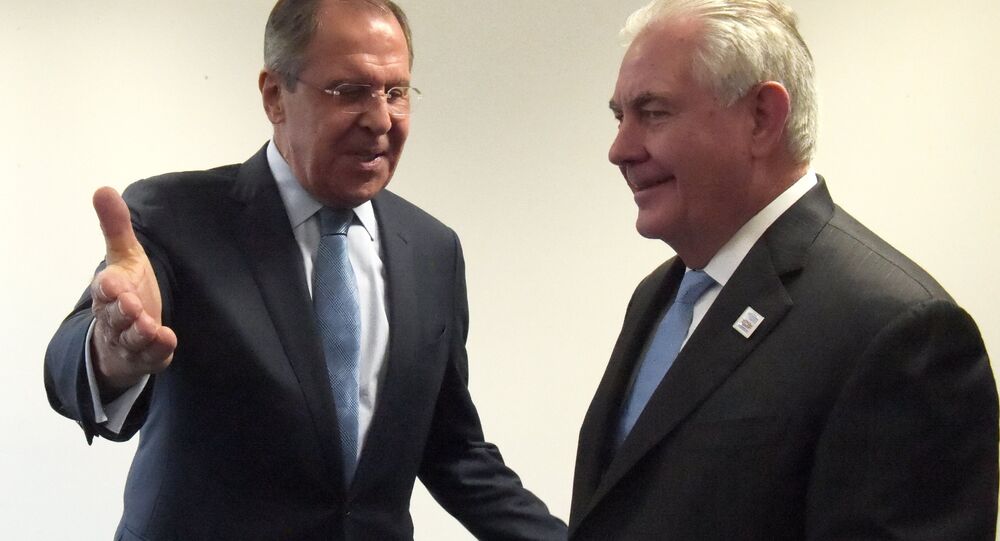 Russia’s Foreign Minister Sergei Lavrov on Tuesday laughed off his US counterpart’s suggestion he was "not allowed to dance" after Rex Tillerson joked about options for NATO’s engagement with Moscow.

MOSCOW (Sputnik) — Tillerson reportedly won an ovation at NATO foreign ministers’ lunch last Friday where he responded to a diplomat’s remark that "it takes two to tango" when dealing with Russia by claiming "you cannot tango with Lavrov because he is not allowed to dance that one," according to Politico, a US news outlet.

Speaking with reporters in Moscow, Lavrov replied that, "My mom did not allow me to dance with boys either."

On a slightly more serious note, the Russian top diplomat suggested Russia could give the US secretary of state a few dancing tips.

"If Rex Tillerson feels he cannot dance with just everyone right now, well, we can help. As an experienced man, he will certainly learn fast," Lavrov told journalists.

Tillerson’s visit to the NATO headquarters in Brussels was aimed at reassuring NATO allies of continued US support, which Politico sources said he did with great clarity. The Russian Foreign Ministry criticized the alliance’s foreign ministers for again invoking the image of an aggressive Russia, saying the bloc was hopelessly stuck in its own past.