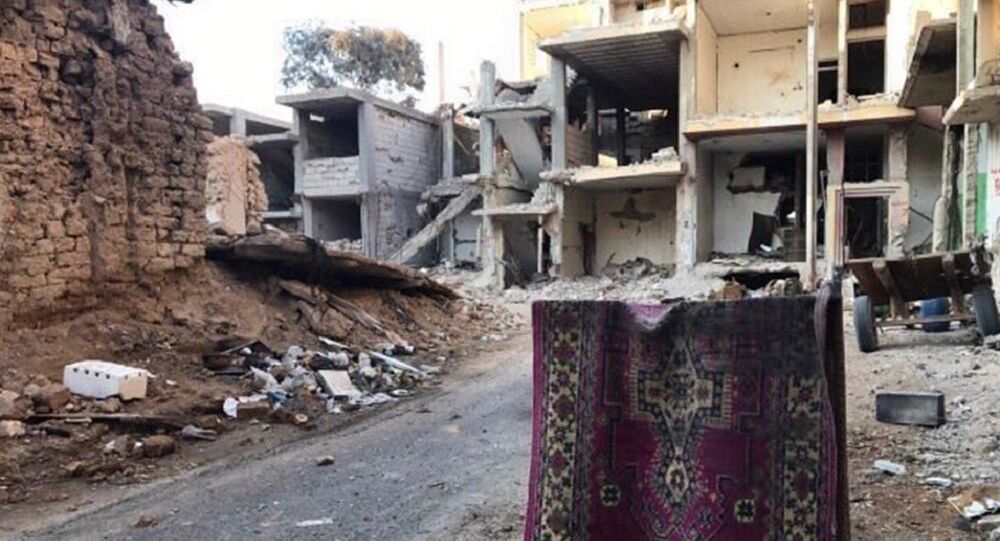 Russia would like the US to play a more constructive role in Syrian settlement, Deputy Foreign Minister Mikhail Bogdanov said Monday.

"This practice took place, and it seems to us that it would be good not only to continue it, but also to strengthen it," he stressed.

"De Mistura will arrive in Moscow in a few days, before the beginning of negotiations on March 23," Deputy Foreign Minister Mikhail Bogdanov told reporters.

© Sputnik / Eduard Pesov
Russian-US Cooperation on Syria Carried Out Within ISSG – Adviser to Envoy
At an ISSG meeting in Munich in February 2016, Russian and US foreign ministers said that they had agreed to influence the parties to Syrian conflict to reach a nationwide ceasefire. The resulting cessation of hostilities, which went into force on February 27, was an important step forward in the resolution of the conflict, despite its failure to hold on.

The second attempt at truce was brokered by the United States and Russia in September 2016, but did not last long.

In late December 2016, Russia and Turkey brokered another ceasefire, which was followed by the talks on Syrian reconciliation in the Kazakh capital of Astana.

US, Russia Forces in Eye Contact in Syria’s Manbij - Coalition

Tillerson Looking at Ways for US, Russia to Move Forward on Syria