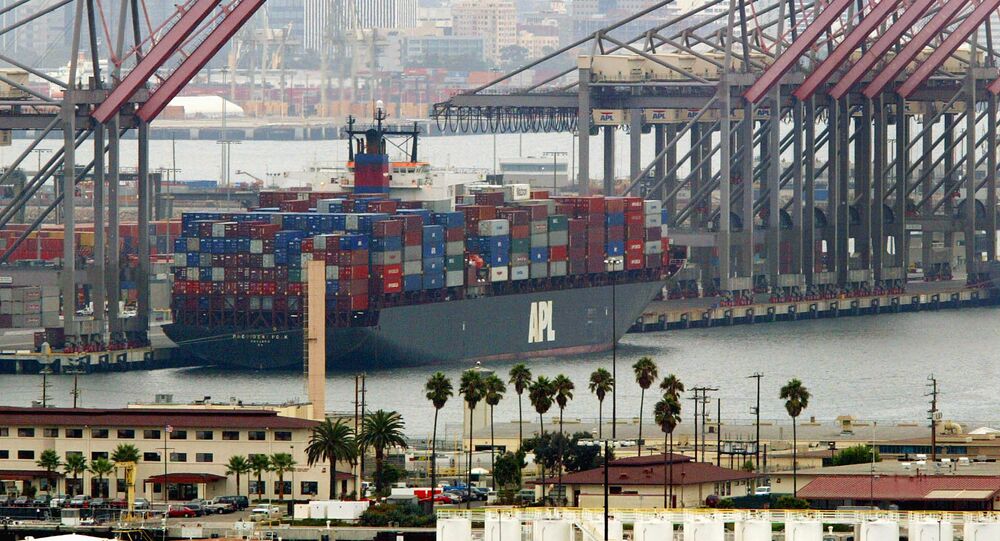 Europe should prepare itself for a trade war with the US, where the White House is making "unprecedented" calls for the break-up of the European Union, EU Commission President Jean-Claude Juncker told the German newspaper Bild Am Sonntag.

He also warned Washington that putting extra tariffs on imports would result in harm for the European and US economies.

"A trade war would be neither in the interests of Europe nor the USA," EU Commission President Jean-Claude Juncker told the German newspaper Bild Am Sonntag.

US President Donald Trump has welcomed Brexit as "so smart" and believes that more countries will leave the European Union.

Former US ambassador to the EU under Barack Obama, Anthony Gardner, said that in January, the Trump transition team had one question for EU leadership: "What country is leaving next?"

The EU Commission President said that "there has been something like alienation," between the EU and US, which is sending unprecedented signals across the Atlantic.

"The fact that the US President welcomes the British exit from the EU and says that other states should follow this path is unprecedented," Juncker said.

Among the US President's criticism of the EU is the leading role of Germany, the bloc's largest economy, which the Trump administration charges with taking advantage of the euro single currency to cheapen its exports.

Trump has called the EU a "vehicle for Germany" and threatened to put a 35 percent border tariff on German car imports.

In January, his top trade adviser Peter Navarro said that Germany "continues to exploit other countries in the EU as well as the US with an 'implicit Deutsche Mark' that is grossly undervalued."

© REUTERS / Jonathan Ernst
No Love Lost?! Trump Refuses Merkel Handshake in Oval Office Meeting (VIDEO)
On Thursday, US Treasury Secretary Steven Mnuchin met German Finance Minister Wolfgang Schauble ahead of the G20 meeting of finance ministers in Baden-Baden, where he gave a reassure that "it is not our desire to get into trade wars."

Mnuchin explained that the President is looking for trade deals with Europe that will create more jobs in the US.

"The President does believe in free trade but he wants free and fair trade," Mnuchin said.

The EU remains hopeful of salvaging the Transatlantic Trade and Investment Partnership (TTIP) that was negotiated with the Obama administration.

Officials think that although Trump has withdrawn from the TPP and pledged to renegotiate NAFTA, it might be possible to recover TTIP with some revisions that placate Trump's concerns.

The US President has publicly attacked the TPP and NAFTA, "but he hasn't said anything about TTIP," EU Commission Vice-President Jyrki Katainen told Reuters last month.

"Let me say: there is still hope for the TTIP," he added.

'Too Much Dissent': Why the US Should Cross Its Fingers for Tillerson in China

'Be Braver and Save Europe': German Right Rallies Voters After Dutch Defeat

'Tough Cookie' Putin and 'Bright' Trump: How the Two Leaders Perceive Each Other