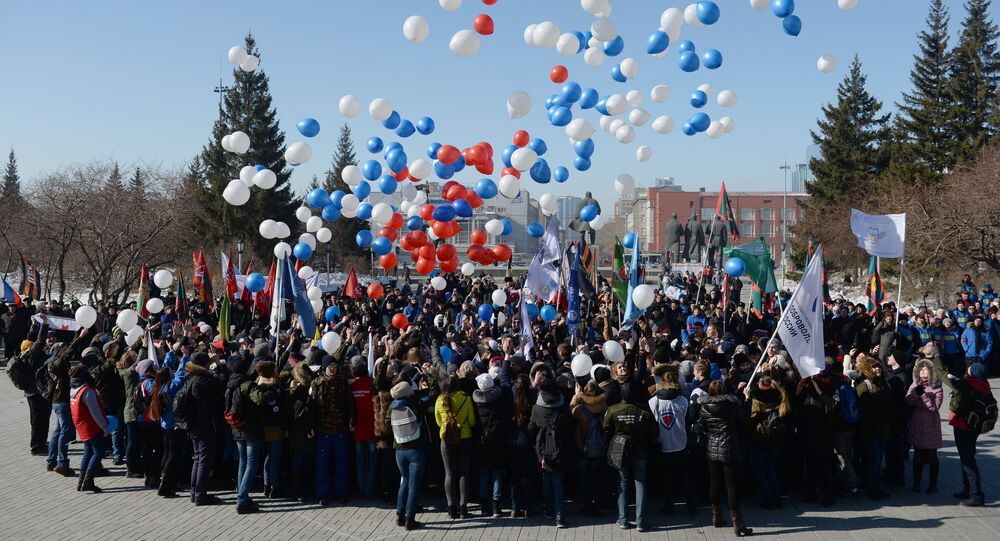 Three years after Crimea's accession to the Russian Federation, which was marked with festivities in Russia on Saturday, Ukraine's Foreign Minister tweeted that freedom was "taken away" from the peninsular and vowed to return it. Of course, Russian politicians didn't take this lying down.

March 18 marked the third anniversary of Crimea's reunification with Russia following the referendum held two days earlier. It was marked with festivities in the Russian Federation.

Ukraine, however, still won't face up to the fact that reunification was the will of the residents of the Republic of Crimea.

"Three years ago the freedom was taken away from Crimean people. There can be no compromise on freedom.We will get it back together," Ukraine's Foreign Minister Pavel Klimkin tweeted on the anniversary.

@PavloKlimkin @MFA_Ukraine First time ever freedom was "taken away" by popular vote. Makes you wonder how do you define freedom..

​The tweet caused a backlash in social media with many responding to the claim, calling it a "political delirium, which has nothing to do with reality."

​"You call Ukrainian mess a freedom? We've had enough of it for 23 years! You'll free us from money, prosperity and peace," tweeted one user, apparently from Crimea.

"What a slowcoach! They have been free for three years already," tweeted Russia's Deputy Prime Minister in charge of Defense Industry Dmitry Rogozin.

​A member of the Russian parliament's upper house, the Federation Council, Senator Alexei Pushkov also tweeted on the issue.

"Klimkin promises "to return freedom" to the residents of Crimea. But they have already chosen freedom from blockades, bombardments, torture and persecution. The train has gone, Klimkin," he wrote.

​Other users meanwhile wondered how could Ukraine return what does not belong to it. With many noting that Crimea "has never been part of Ukraine."