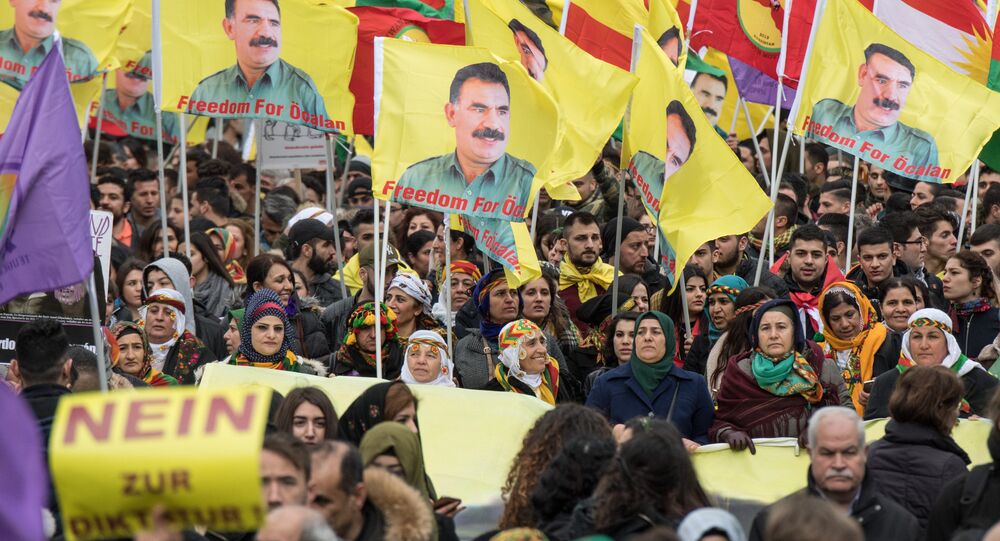 © AP Photo / Burhan Ozbilici
Turkey Launches Anti-PKK Operation in Country's Eastern Tunceli Province
MOSCOW (Sputnik) – According to the Anadolu news agency, the ministry called Germany allowing use of PKK symbols during the marching a “thought-provoking case” and informed Germany’s ambassador in Ankara about the discomfort on the issue.

German officials allowed around 9,000 people to march in Frankfurt with PKK posters and flags, shouting slogans against Turkey, the agency reported.

The relations between Ankara and Berlin worsened when authorities in several German cities banned earlier in March Turkish officials’ campaign meetings ahead of a vote on the constitutional reform that would expand Turkish President Recep Tayyip Erdogan's powers. Similarly, the Dutch authorities refused landing for Turkey's Foreign Minister Mevlut Cavusoglu, who was to meet with Turkish expats in the Netherlands. The diplomatic row between the states further deteriorated, with the Turkish president comparing German and Dutch authorities' behavior to Nazism.

The PKK is outlawed as a terrorist organization in Turkey, the United States and the European Union.