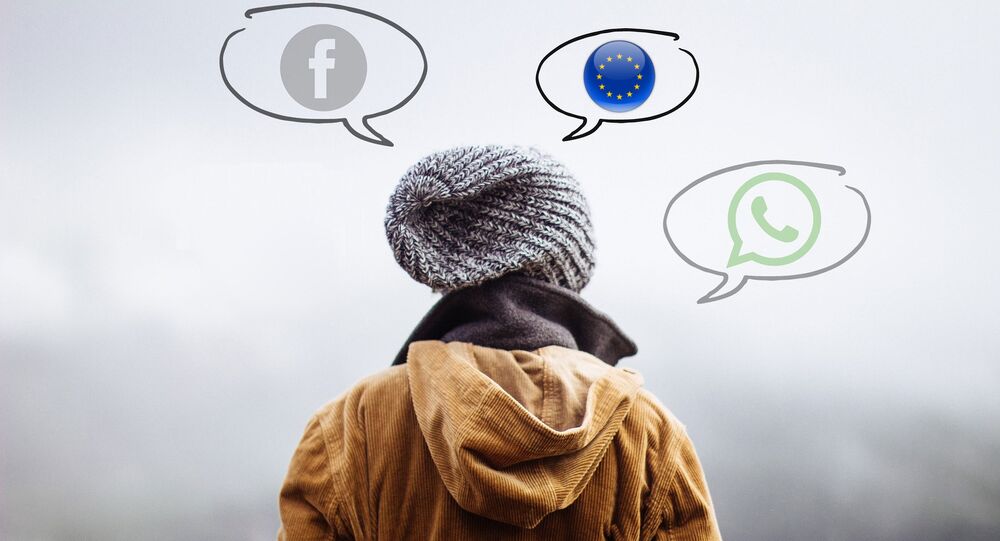 The government of Pakistan may ban Facebook and other social-media platforms over what it considers ‘blasphemous content,’ according to the country’s Interior Minister Chaudhry Nisar Ali Khan, speaking at a news conference.

© Sputnik
Potential Pakistan Entry in BRICS Via China’s BRICS Plus Leaves India Concerned
The Islamabad High Court (IHC) is hearing a writ petition on Monday that seeks to block Facebook and all other social-media platforms until such time as they are judged to have permanently removed all content that the current administration in the country considers to be blasphemous.

Earlier, the minister directed the Pakistan Telecommunication Authority (PTA) to contact social-networking websites for the purpose of deleting pages found to be insulting to religious figures of Islam.

"It seems that social media is working under freedom to lie rather than freedom of expression," the minister said, adding that he was disappointed that Facebook officials were not aware of the sensitivity of the matter to religious leaders in the Pakistani government.

PTA said the process could take from three to four weeks. In the petition, filed by the country's Civil Society, complainants argued that three weeks of access to controversial content is too long, and would lead to a significant decline in law and order in Pakistan, and if PTA did not close the pages immediately, it should at least block the entire website.

© AFP 2021 / Prakash SINGH
Pakistan Steps Out For Hindu Minorities With Marriage Bill
In a March 7 oral observation, an IHC judge compared those considered to be blasphemers as akin to terrorists, while asking authorities to prosecute the publicly-traded companies and block entire social-media platforms, if objectionable content could not be removed.

The current administration of Pakistan has been a strident advocate of censoring what it considers to be blasphemous content related to the predominant religion of the country. It is not the first time that Facebook has faced bans in the Muslim-majority nation of over 10-million users of the social-media platform.