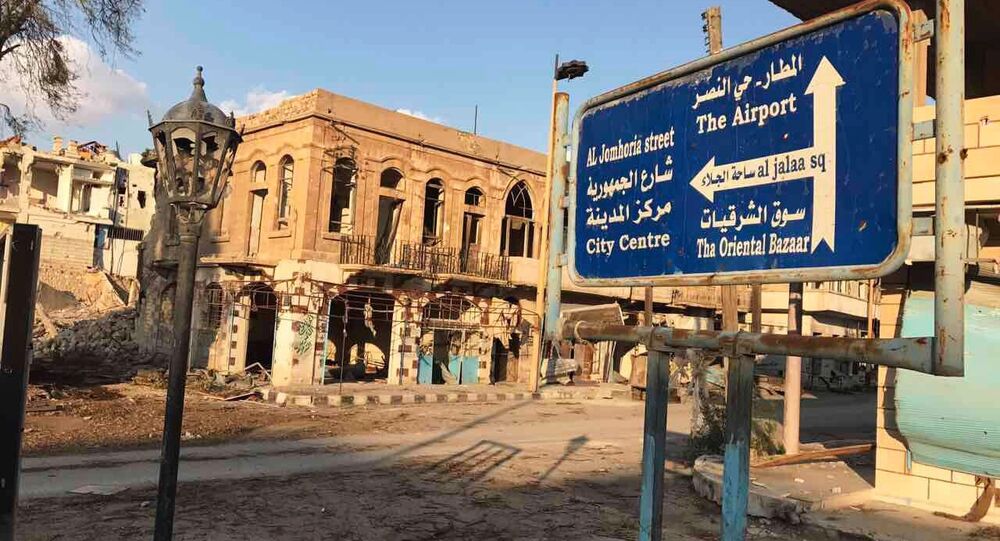 “China has always disapproved and disapproves now any forms of terrorist activity, ready to strengthen the anti-terrorist cooperation with the relevant parties, including Syria, and ensure regional security and stability together,” Hua said.

She also noted that the cross-border terrorism activities of the East Turkestan Islamic Movement (ETIM) threaten not only China’s security interests, but also those of Turkey and Syria.

© AP Photo / SANA
Assad Says Wrong European Policies Towards Syria Led to Spread of Terrorism
The statement came after Syrian President Bashar Assad said on Hong Kong Phoenix TV Channel that the Syrian and Chinese intelligence services had been closely cooperating to fight against Uyghur terrorists in China, who cross the Syria's Turkish border to integrate in terrorist groups.

The Uyghur Muslim minority, which comprise the ETIM, has seen violent anti-government insurgency. At least 200 people have died in attacks allegedly carried out by Uyghur separatists over the past two years.

The Chinese authorities accuse ETIM operating in China's autonomous region of Xinjiang Uyghur of attempting to break up the country, and of having ties with the international terror groups, namely Al-Qaeda, outlawed in Russia. The organization reportedly recruits local citizens and sends them to train in militant camps in Syria and Iraq. According to Imad Moustapha, the Syrian ambassador to China, approximately 5,000 Chinese militants fight in Syria.

© Sputnik / Evgeny Biyatov
Lavrov to Discuss Terrorism, Political Settlement in Syria in Visit to Turkey - Russian Foreign Ministry
Turkish authorities have reportedly claimed that the required action had been undertaken to prevent the foreign militants from crossing the Syrian border to join the IS terror group, outlawed in Russia. In 2015, Chinese militants made up the largest group of detained foreign terrorists on the Turkish-Syrian border, with a total 324 people of the 913 detained.

The number of foreign militants attempting to come to Syria by crossing the Turkish border has significantly decreased since August 2016, when the Turkish Armed Forces had started the Operation Euphrates Shield against IS. As a result of the operation, the area next to the border in the northern Syrian has been isolated from the terrorists.