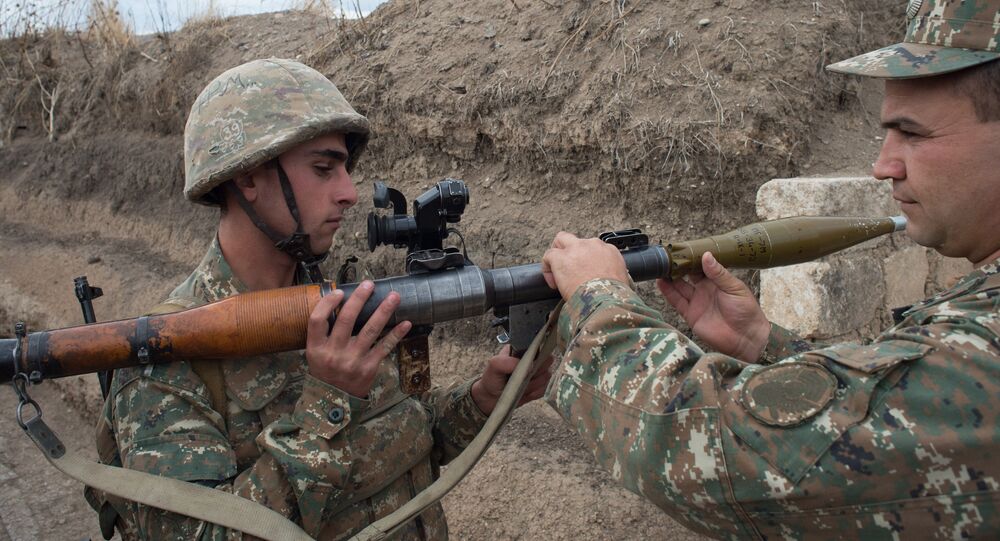 According to self-proclaimed Nagorno-Karabakh Republic's Defense Ministry, Azerbaijani forces have violated the ceasefire in the breakaway region of Nagorno-Karabakh 30 times on Friday and in the early hours of Saturday.

"Early on March 11 and on March 10, the Azerbaijani armed forces violated the ceasefire agreement 30 times, firing over 100 shots from weapons of varying caliber at Armenian positions. On the eastern stretch of the line of contact, the Azerbaijani side used a heavy grenade launcher and 82-millimeter mortars on the northern stretch," the ministry said in a statement.

The violence in Nagorno-Karabakh flared up on April 2 last year. Baku and Yerevan accused each other of provoking hostilities that led to multiple deaths on each side. The sides agreed to a ceasefire on April 5, but clashes have continued.