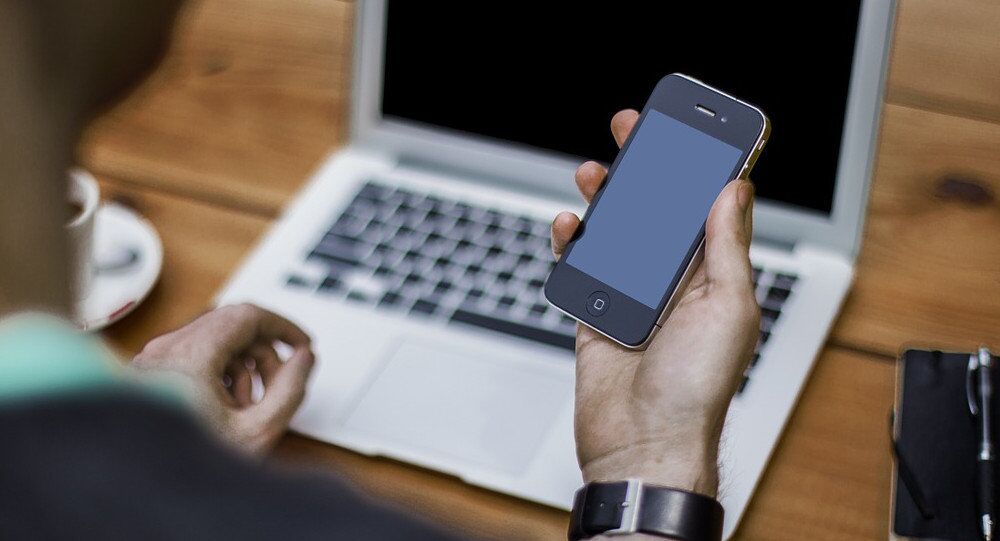 WikiLeaks' latest disclosure from its huge trove of secret documents leaked from the US Central Intelligence Agency (CIA) indicates that users are actually unaware who is tapping their telephones and what kind of technology is being used, Turkish IT expert Serhat Ayan told Sputnik Turkey.

© REUTERS / Larry Downing
CIA Hackers: Why WikiLeaks 'Vault 7' Becomes a Wake-Up Call For Users, IT Giants
In an interview with Sputnik Turkey, Serhat Ayan, a Turkish journalist and IT expert, gave his thoughts on WikiLeaks' latest disclosure of a huge trove of leaks related to the US Central Intelligence Agency (CIA).

WikiLeaks released the first part of what it called an unprecedentedly large archive of CIA-related classified documents on March 7.

The first part of the leaks, dubbed "Year Zero" comprises about 8,761 documents and files from an isolated, high-security network situated inside the CIA's Center for Cyber Intelligence in Langley, Virginia.

The #CIA has access to all files, and can turn cameras on and off… to spy on each one of our lives, says #Wikileaks pic.twitter.com/gFPmqHFKsK

The Year Zero leaks reveal the scope and direction of the US intelligence agency's "covert global hacking program, its malware arsenal and dozens of 'zero day' weaponized [devices directed] against a wide range of US and European company products, including Apple's iPhone, Google's Android and Microsoft's Windows and even Samsung TVs, which are turned into covert microphones."

"We have talked about this danger since the very moment information technology took a step forward. Various gadgets, including iPhones and [Android] smartphones that support each other's software, as well as [advanced] TV sets have made life easier for the consumer, but he does not think about the reverse side of the coin," Serhat Ayan said.

"We have repeatedly warned that the applications installed inside modern gadgets will eventually help spy on to their hosts. Back then, everyone laughed and forgot about it, but we continued to talk about this danger," according to Ayan.

© Flickr / Ryan Finnie
WikiLeaks Vault 7 Release: Spying on People in the Name of Security
He referred to mobile phones which use an Android platform, where he said there are a number of permissions that a user gives without knowing it himself, something that makes it possible to tap the user's telephone conversations.

"For example, you download the flashlight function in the phone, and the corresponding application requires you to give access to the microphone. You probably wonder why this is necessary, but if you do not give this access, the 'flashlight' application will not work," he said.

"I want to stress that there are practically no barriers to gaining access to personal data when it comes to the state's interests and the interests of the powers that be," Ayan added.

He recalled that the early 2000s saw no smartphones and during important or secret office meetings at the time, employees were asked to take out batteries and SIM cards from their mobile phones.

"Now it has become extremely difficult to understand what exactly is installed inside modern smartphones. We can be tapped with the help of numerous means," he said, adding that the problems may be partly resolved by people using mobile phones produced back in the late 1990s.

According to Ayan, the technology companies which are developing software, including Microsoft, Apple and Google, should be controlled from a technological point of view at the supranational level.

"That the US is now allegedly dealing with security-related issues does not bring anything to mind. Suffice it to look at WikiLeaks' latest disclosure, which exposed the CIA creating a special team to obtain access to personal data. The worst thing is that this team is spread around the world, starting to develop its own hacking applications," he said.

Ayan was echoed by another IT expert, Santiago Bottiroli, who told Sputnik Mundo that there is nothing "absurd" in the Wikileaks leakage since the US has sufficient "technological capabilities" to conduct such espionage.

"These [WikiLeaks] exposures are reliable evidence that they [the US] are even spying on their own people," Bottiroli said.

Commenting on all this, Bottiroli said that "it turns out that the CIA has [spy] software that can be used to charge the intelligence service of a foreign state."

"Thanks to these revelations by Wikileaks, it is safe to say that someone on the other side is undoubtedly tapping in on us," he concluded.