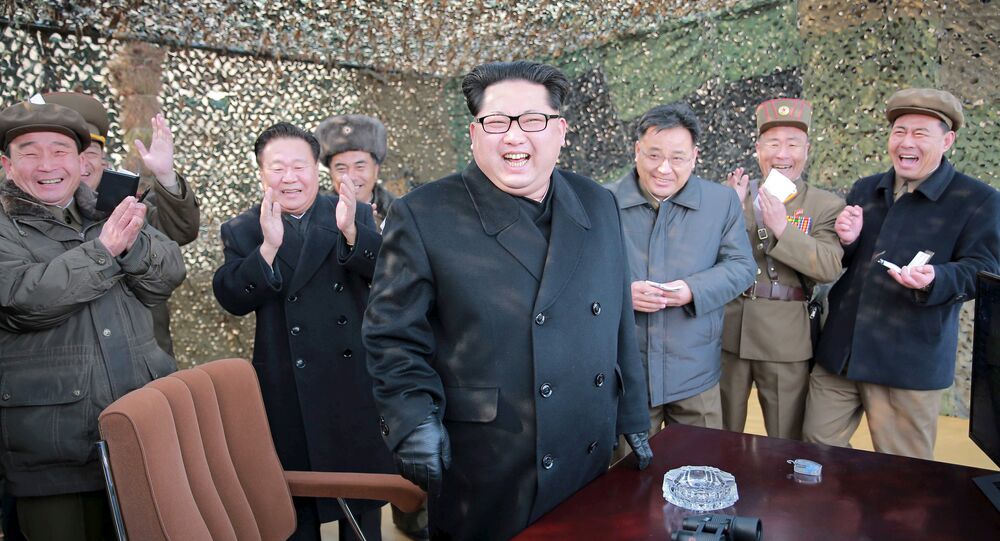 US to 'Pay Dearly' If North Korea Listed as Terror Sponsor

Pyongyang on Saturday warned Washington that it will have to deal with serious repercussions if the US chooses once again to include North Korea on its State Sponsors of Terrorism blacklist.

© Flickr / Dennis Skley
US Waging Secret Cyber, Electronic War on North Korea’s Missile Program
South Korean and Japanese media, citing diplomatic sources, reported that the US has been considering re-listing North Korea as a sponsor of terrorism over the killing of leader Kim Jong-un's half-brother on February 13.

Pyongyang has denied any involvement in the the Cold War-style assassination and accused the US and its allies of conspiring with Seoul to impugne its reputation.

"The US will keenly realize how dearly it has to pay for its groundless accusations against the dignified DPRK [Democratic People's Republic of Korea]," North Korea's Foreign Ministry spokesman told the KCNA state news agency, stressing that the regime opposed all forms of terrorism.

"Gone are the days, never to return, when the US could stigmatize at random to oppress those countries incurring its displeasure, while having the world under its control."

The exiled Kim Jong-nam, half-brother to the North Korean leader, was allegedly murdered at a Kuala Lumpur airport by two women — one Vietnamese and one Indonesian — who have since been arrested and charged by Malaysian authorities.

© REUTERS / KCNA
Is Trump Planning to Use Military Force Against North Korea?
CCTV footage at the airport shows the women approaching the 45-year-old Kim and apparently smearing his face with a cloth just 20 minutes before the man died from a seizure. According to local police, swabs of Kim's face revealed traces of VX nerve agent, which is classed as a weapon of mass destruction.

However, the only North Korean to have been detained over the incident, Ri Jong-chol, was released and deported Friday due to lack of evidence. He claimed that police had offered him a comfortable life in Malaysia in return for a false statement.

"But no way. No matter how good a life it could be, it is still not as good as my own motherland. How could I forget the motherland that raised me and fed me to this point?" he told reporters in Beijing.

North Korea was originally listed as a state sponsor of terrorism by the US in 1987 after its agents allegedly bombed a South Korean plane, killing all 115 on board.