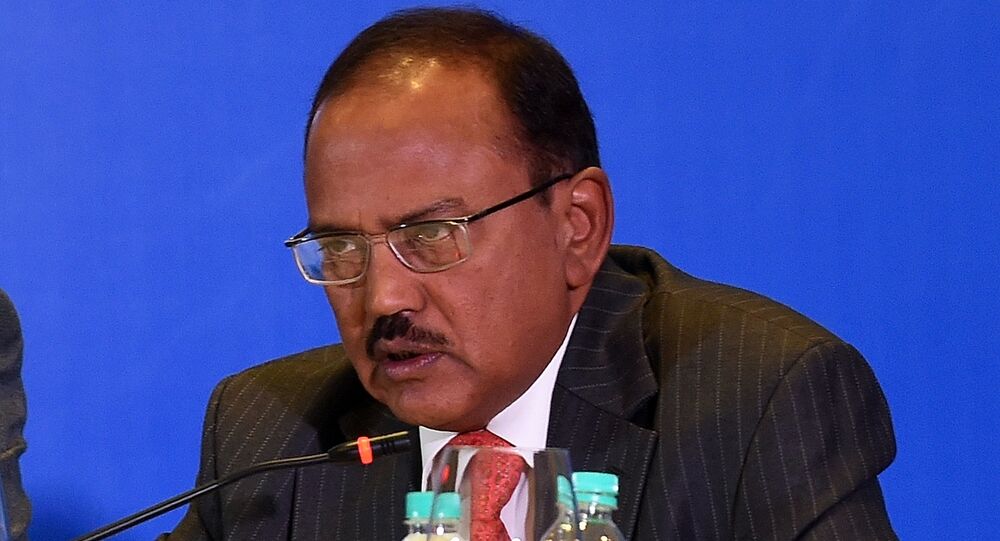 In 2015, India had abstained form a vote against Israel in the UNHRC. The ties between the two countries are expected to grow exponentially.

New Delhi (Sputnik) — India's National Security Advisor Ajit Doval met Israeli Prime Minister Benjamin Netanyahu in Tel Aviv on Friday. Doval is in Israel to do the preparatory work ahead of Prime Minister Narendra Modi's visit later this year, expected to be most likely in June.

The Israeli Prime Minister's office tweeted a photo of Netanyahu's meeting with Doval.

​The upcoming visit of Indian Prime Minister Narendra Modi, the first ever by an Indian PM to Israel, comes as both countries celebrate 25 years of diplomatic ties. His visit comes after Israeli President Reuven Rivlin's trip to India last November, indicating the growing proximity between the two countries. Rivlin became the first Israeli head of state to visit New Delhi in two decades, after Ezer Weizman's visit in 1997.

© AP Photo / Ajit Solanki
Indian Army To Invest $2.5B in Israeli Missile System
Rivlin was reciprocating the visit by Indian President Pranab Mukherjee in 2015. India and Israel began their diplomatic chapter in 1992 when the then Prime Minister PV Narasimha Rao established ties with a country that had been long ignored in India's support to a free Palestine.

India had in July 2015 kept away from a vote against Israel in the UN Human Rights Council that blamed Tel Aviv for "war crimes" during Operation Protective Edge. After the warmth in the ties since 1992, the main pillars of the bilateral relations have been defense and agriculture, science and technology, education and homeland security being other areas of cooperation.
It is expected that Modi will also sign defense deals with Israel during his visit.

Israel is a country much respected in the worldview of the RSS, the organization which birthed the BJP in 1980 to which Modi belongs.