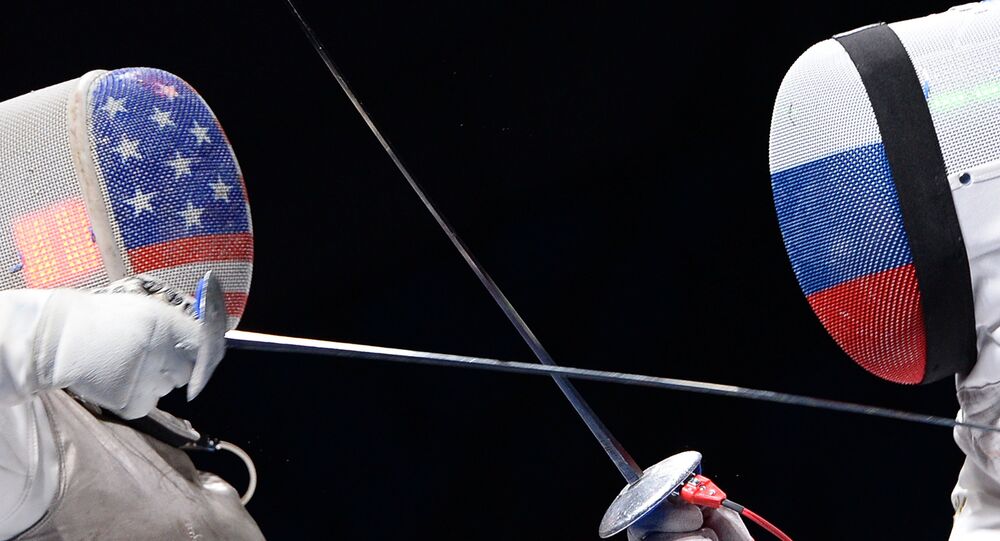 The Pentagon is attempting to tarnish Russia's political image because it is irritated by Moscow's efforts in Syria to forge an anti-terrorist military alliance with Turkey and Iraq in order to tackle Daesh, according to political analyst Alexander Khrolenko of the International Information Agency Rossiya Segodnya.

Sputnik
Russian Military Denies Airstrikes on Areas in Syria Designated by US Command
Moscow's peacekeeping efforts in Syria to form a military alliance with Ankara and Baghdad against Daesh provoked ire from the Pentagon, which is trying to mar Russia's political image and drive a wedge between participants of the peace process, political analyst Alexander Khrolenko of the International Information Agency Rossiya Segodnya wrote in his article for RIA Novosti.

His comments came after Gen. Stephen Townsend, the top US commander in Iraq and Syria, claimed that Russian and Syrian warplanes had allegedly bombed US-led coalition forces near the northern Syrian city of al-Bab.

Townsend said that Syrian Arab coalition forces had suffered casualties in the alleged attack, but he declined to elaborate.

The Russian Defense Ministry rejected the accusations, drawing attention to the fact that the Pentagon's representative handed exact coordinates of the coalition forces' location near al-Bab, according to Khrolenko.

In this vein, Khrolenko recalled that Russia has repeatedly stated that it only decides to bomb locations in Syria after carefully verifying reconnaissance data.

"Allegations by the Pentagon or NATO that the Russian Aerospace Forces is destroying civilian targets [in Syria] have never been confirmed," Khrolenko pointed out.

© AFP 2020 / DELIL SOULEIMAN
US Ground Troops in Syria to 'Jeopardize Efforts to Settle Crisis Politically'
He praised Russia's military successes in Syria, where he said prospects for a peaceful settlement of the crisis can already be seen.

It seems, he went on to say, that the Pentagon does not like the effectiveness of the peacekeeping efforts of Russian Deputy Foreign Minister Gennady Gatilov and resents the formation of a military alliance between Russia, Turkey and Iraq to contain Daesh.

"After all, Russia is developing closer ties with two US military allies, a process that comes not just contrary to the will of Washington, but amid Russia's open disregard for the US stance on the matter. That's why the Pentagon is making awkward new attempts to point the finger at the Russian side and drive a wedge between participants of the peace process," Khrolenko said.

He pointed to pressure that's been placed on Russia and Syria through the mobilization of the international community, the system of disinformation, "well prepared staging" and "absolute political maneuvering," something that Khrolenko said was probably being orchestrated by CIA and Pentagon specialists.

"However, all this hasn't affected the legitimacy of the actions and combat capability of the Russian Aerospace Forces group in Syria," he emphasized.

© REUTERS / Carlo Allegri
Will Trump’s New Syria Strategy Call for US ‘Boots on the Ground’?
As for American generals who operate in Syria illegally and without a go-ahead from the UN Security Council or Syrian authorities, they should realize that it's never late to make the right conclusions, according to Khrolenko.

The Western system of military intervention in Syria has proven to be a fiasco, he added, referring to the UN which said that about 300,000 people have been killed in the past five years in this Arab country.

Erdogan: US Has No Clear Idea How to Liberate Syria's Raqqa From Daesh