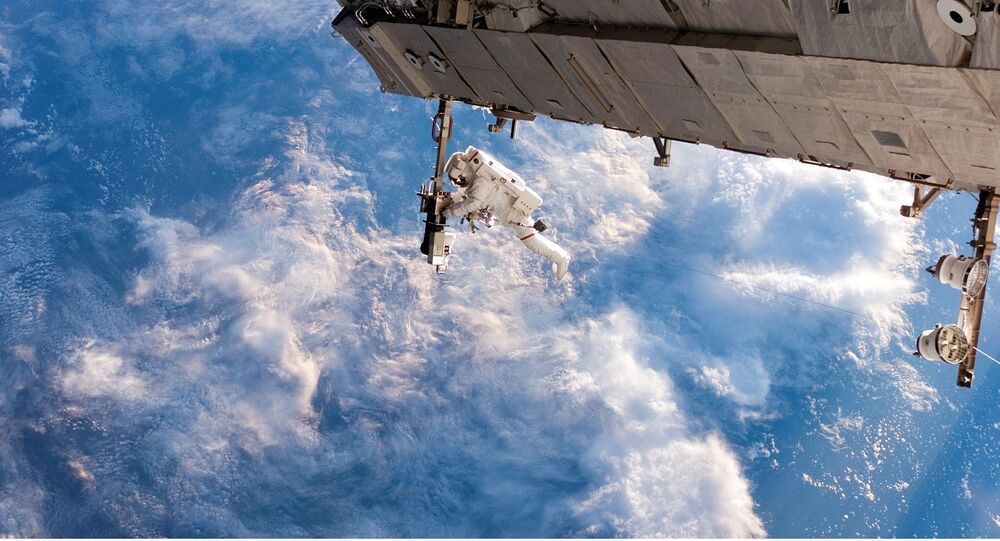 Describing his work jointly with his counterparts from Roscosmos, Virts said that for him it was a "great" experience.

"Well it was great having cosmonauts and astronauts together. And, honestly, for me it was a highlight to be able to go down and have dinner with my Russian cosmonaut friends, or just see them and hang out during the day," Virts told Sputnik.

© Sputnik / Roscosmos
From Plush Toys to Strange 'Toilet Habits': Top Superstitions of Russian Cosmonauts
Earlier, NASA was invited by Roscosmos to take part in a joint investigation into the Progress MC-04 mission failure. On December 1, "Progress MS-04" was launched from the Baikonur cosmodrom, but crashed soon afterwards due to a technical failure.

Answering the question of what specific expertise NASA brings to that investigation, the astronaut said:

"The concept of space is kind of a universal one. So, NASA has a lot of space experience and we can bring people who understand the concept of the rocket or the dynamics of the space flight […]," Virts said. "It is thanks to the partnership we have that we can help each other in making life in space safer and more reliable."

"Russia and America have worked really well for over two decades now, along with the Japanese, the Europeans and Canadian space agency. So, we cooperate very well, there are no secrets, you know, we share each other's technical data and heavy equipment," the astronaut added.

NASA and Roscosmos have been involved in joint projects since 1993, and before that, NASA worked with the Soviet space program.

The agencies previously worked together on projects like the Mars Odyssey satellite, the Lunar Reconnaissance Orbiter telescope, and the Curiosity rover.