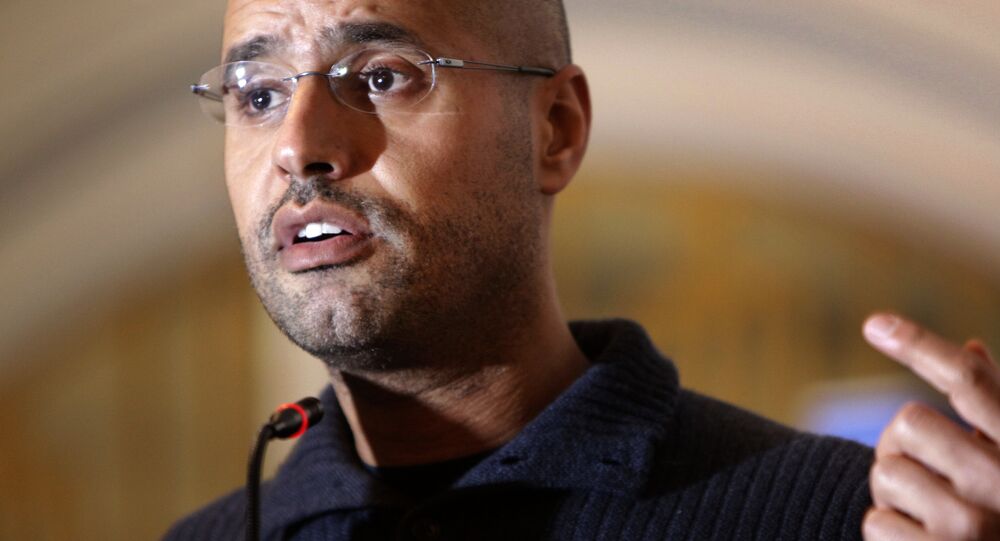 The trial in Libya of Saif Islam Gaddafi, he son of late Libyan leader Muammar Gaddafi, and other members of his regime failed to meet international fair trial standards, the United Nations said in a report on Tuesday.

© AP Photo / Manu Brabo
Playing Both Sides: Gaddafi’s Cousin Accuses NATO of Fueling Conflict in Libya
GENEVA (Sputnik) – Saif Islam Gaddafi and several other officials, including the former Libyan prime minister and the head of the country’s intelligence services, were sentenced to death in July 2015.

"The trial in Libya of Saif al-Islam Gaddafi and 36 other members of Colonel Muammar Gaddafi’s regime represented a major effort by the Libyan judiciary to hold people to account for crimes including grave human rights violations during the 2011 Revolution but ultimately failed to meet international fair trial standards," the United Nations said in a statement.

According to the United Nations, the case is the "most prominent effort" by the country’s judiciary to bring former regime officials to account for the crimes committed in the 2011 unrest and armed conflict. However, the violations of the due process included prolonged periods of detention amid allegations of torture.

"Holding perpetrators responsible for violations is vitally important but accountability should be the result of due process and a fair trial. This trial was a missed opportunity for justice and for the Libyan people to have the chance to confront and reflect on the conduct of the former regime," UN High Commissioner for Human Rights Zeid Ra’ad Al Hussein said, as quoted by the United Nations.