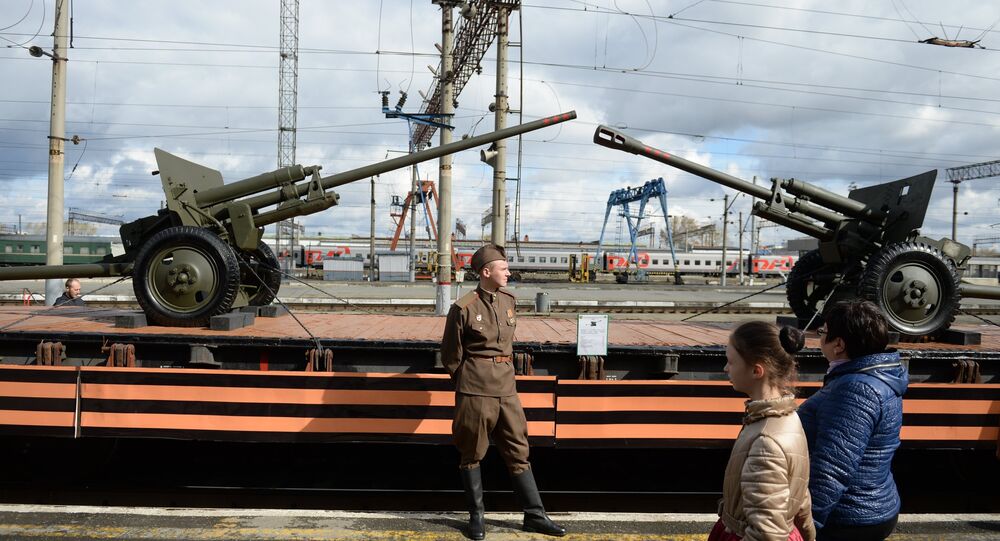 The global arms trade reached levels not seen since the Cold War between 2012 and 2016, a Swedish research institute revealed February 20, driven by new demand in Asia and a huge jump in the Middle East.

The volume of arms trading grew by 8.4% when compared with the previous five year period, from 2007 to 2011, according to a new study by the Stockholm International Peace Research Institute (SIPRI).

The United States and Russia remain the world's biggest suppliers of heavy weapons, selling 33% and 23% of the global total, respectively, with nearly half of US weapons exports going to the Middle East and the majority of Russia's to Asia.

China (6.2%), France (6%) and Germany (5.6%) made up the rest of the top five, which among them accounted for nearly three quarters of total arms exports. China in particular increased its exports by more than 70% over the previous five years; both France and Germany saw their exports decline significantly.

States in Asia and Oceania accounted for 43% of global arms imports between 2012 and 2016, with India alone buying up 13% of the global total to take the prize of world's largest importer of major arms.

India increased its imports by 43% in the five year period, buying far more than neighbors China and Pakistan. The country, which has the world's fourth biggest defense budget, is also accelerating efforts to produce weapons at home, though for now it remains dependent on external suppliers, SIPRI noted.

"With no regional arms control instruments in place, states in Asia continue to expand their arsenals," said Siemon Wezeman, a senior researcher with the SIPRI Arms and Military Expenditure Program.

Imports by Southeast Asian countries also jumped, with Vietnam vaulting from the 29th largest importer in the previous period to the 10th largest now, taking in 3% of global arms imports.

China lined up behind Russia to be the second biggest suppliers of weapons to Asia.

The Middle East, where demand grew by 86% between 2007 to 2011 and 2012 to 2016 to reach 29% of all imports, gets most of its destructive technology from the US and France. Saudi Arabia takes second place among arms importers, and purchased 212% more arms than in the previous period. Little Qatar has also developed an astonishing thirst for arms and increased its weapons imports by a massive 245%. Almost all the states in the region increased their arms buying, the report points out.

"Despite low oil prices, countries in the region continued to order more weapons in 2016, perceiving them as crucial tools for dealing with conflicts and regional tensions," said Senior Researcher with the SIPRI Arms and Military Expenditure Program Pieter Wezeman.

Arms imports to Europe, Africa and the Americas all fell, though the study authors point out that individual trading volumes varied widely. While imports to the Americas fell overall, Mexico increased its weapons buying by nearly 200%.

The study does not cover small arms and uses data from a variety of public sources.

Russia Registers Movement of Militants, Weapons From Turkey to Syria