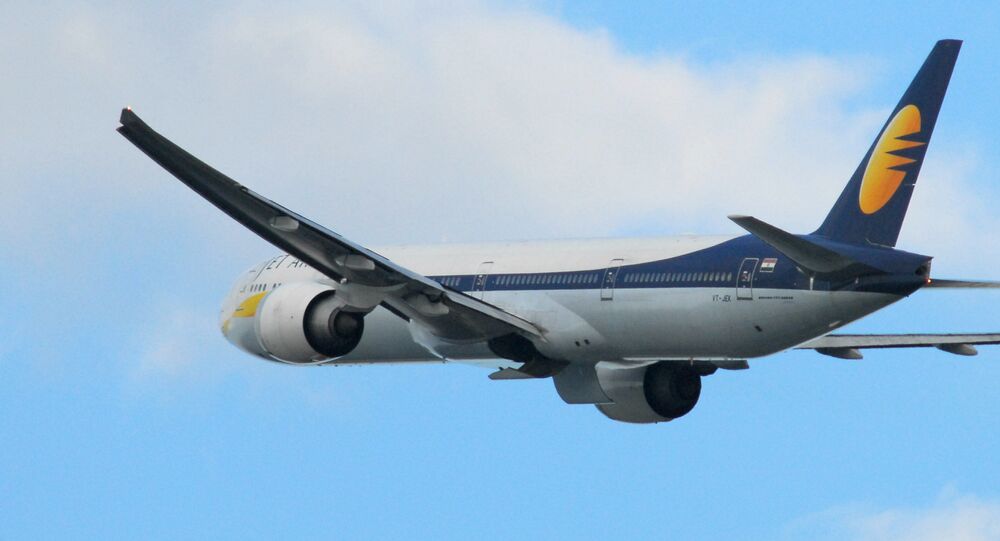 © Wikipedia / Indian Navy
India May Fit German Torpedoes in French Submarines
New Delhi (Sputnik) – The incident happened on Thursday but caught media attention only after videos of two German Eurofighter typhoon jets following the Jet Airways Boeing-777 surfaced on social media. The video was reportedly shot by the pilot of another European airline flying 2,000 feet above the Indian airliner. The video indicated that the flight was incommunicado for at least 10 minutes.

German Air Force intercepting a Jet Airways B777 bound for London (from Mumbai after it failed to respond on the appropriate ATC frequencies pic.twitter.com/kKnVxrI24i

​“Contact between Jet Airways flight 9W 118, from Mumbai to London’s Heathrow Airport and the local ATC, was briefly lost while flying over German airspace. Communication was safely restored within a few minutes. As a precaution, the German Air Force deployed its aircraft to ensure the safety of the flight and its guests. The flight with 330 guests and 15 crew members subsequently landed at London,” read a statement issued by Jet Airways.

Jet Airways said it has reported the matter to the concerned authorities in India and as part of the standard process, the crew of the flight has been de-rostered pending investigation. While Jet Airways maintained that it was a “few minutes’” communication failure and it was restored within minutes by using the emergency frequency, some media reports suggested the Jet crew was suspected to have tuned in to the wrong set of communication frequency of 132.980MHz while the correct frequency was 132.890MHz. These reports, however, could not be verified by Sputnik as the India's Directorate General of Civil Aviation said it was too early to comment on the actual cause.