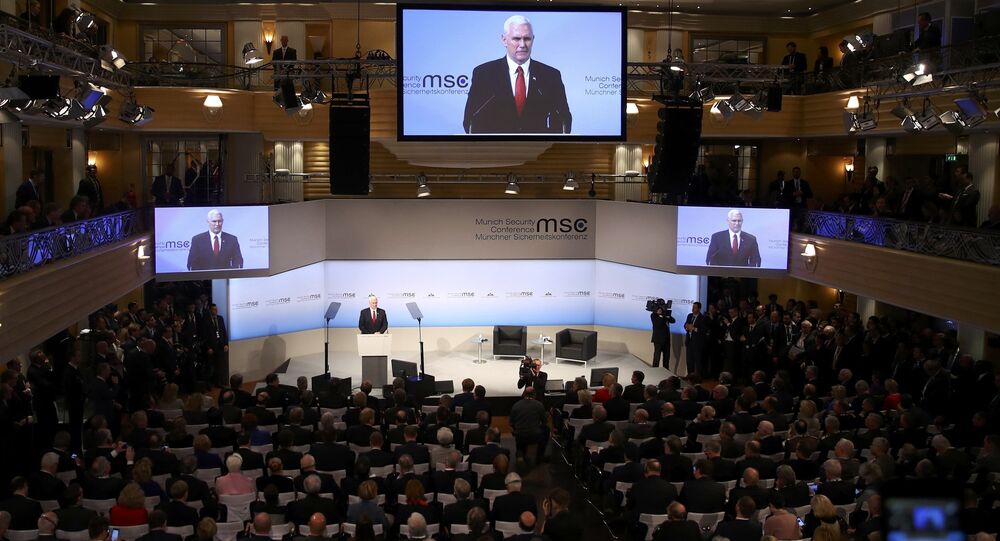 There was less unfriendly rhetoric regarding Russia at this year's Munich Security Conference, which wrapped up on February 19, RIA Novosti reported.

Although some political figures attending the 2017 Munich Security Conference, including Ukrainian President Petro Poroshenko, expressed decidedly anti-Russian views, most participants only mentioned Moscow in passing, and their accusations were immediately counterbalanced by their statements about being ready for a dialogue with Russia.

German Chancellor Angela Merkel, for example, called for "establishing good relations with Russia" despite the current differences between Berlin and Moscow on a spate of pressing issues, including NATO's eastward expansion and Ukraine.

"Russia also [shares] one of our external borders and is our neighbor, and I won't stop calling for the establishment of good relations with Russia despite our different stances. For me, this means continuing to adhere to the NATO-Russia Founding Act; I thank the NATO Secretary General for the meetings of the Russia-NATO Council," she said.

According to her, the joint fight against Islamic terrorism is an area where Russia and Germany could cooperate successfully.

"We need to seek common approaches in the fight against Islamist terrorism. Here we have common interests, where we can work together," Merkel said, also calling for creating "a kind of a union" spreading from the Russian city of Vladivostok to Europe.

Like Merkel, he also mentioned NATO's eastward enlargement and the Ukraine crisis, something that was immediately followed by his statement about the necessity of Washington bolstering ties with Moscow.

He said that the new US Administration deems it necessary to find new points of cooperation with Russia and that "President Trump believes that they can be found."

Russian Foreign Minister Sergei Lavrov, for his part, rejected all accusations that Moscow is allegedly trying to undermine the existing world order.

"We strongly disagree with those who accuse Russia and the new centers of global influence of attempting to undermine the so-called liberal world order," he told the 2017 Munich Security Conference.

Lavrov said that "Russia has always been ready to work on an equal basis with foreign partners" and for the creation of "a common security area, development and good neighborliness." According to him, the current tension between North America, Europe and Russia is "unnatural."

"We rely on the triumph of common sense," Lavrov said, adding that as far as Moscow's ties with Washington are concerned, "we want a relationship that's based on pragmatism, mutual respect and understanding of our special responsibility [to maintain] global stability."

Hundreds of senior officials from all over the world, including state leaders, cabinet ministers, and delegates from NGOs, industry and the media, attended the 53rd Munich Security Conference. There they debated the election of US President Donald Trump, the future of NATO, EU relations with Russia and the war in Syria.

© AP Photo / Evan Vucci
The Crimean Issue: What's Really Behind Trump's Message to Russia
This year, the conference's agenda also focused on the future of transatlantic relations, cooperation between the member-states of the EU in terms of security and defense, and the security situation in the Asia-Pacific region, including on the Korean peninsula.