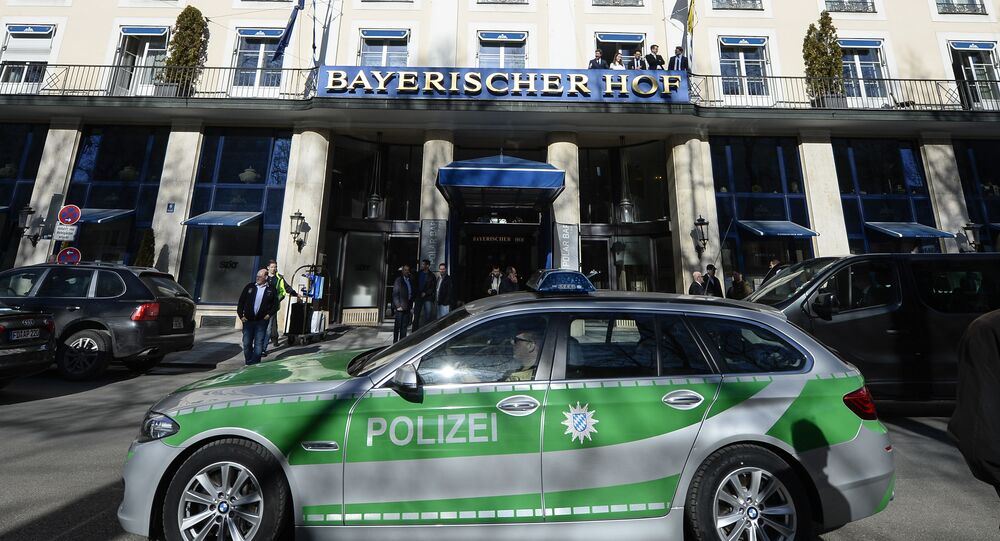 Munich Security Conference to Kick Off in Germany on Friday

More than 30 heads of state and government, over 80 foreign and defense ministers will participate in the 53rd Munich Security Conference (MSC) that will kick off on Friday.

MOSCOW (Sputnik) — Hundreds of senior officials from all over the world, including state leaders and ministers, alongside NGOs, industry and media representatives and various experts, are set to convene in Germany on February 17-19 for the 53rd Munich Security Conference (MSC) to debate the election of US President Donald Trump, the future of NATO, EU relations with Russia and the war in Syria.

More than 30 heads of state and government, over 80 foreign and defense ministers, a representative US Congressional delegation, as well as Bill Gates, co-chair of the Bill & Melinda Gates Foundation, and singer, co-founder of ONE and activist Bono will participate.

Russia will be represented at the event by Foreign Minister Sergey Lavrov, who is expected to hold several bilateral meetings on the sidelines of the conference, including with NATO chief, Iranian Foreign Minister Mohammad Javad Zarif and US Secretary of State Rex Tillerson. Meetings with Croatian President Kolinda Grabar-Kitarovic and Foreign Minister Davor Ivo Stier are also planned.

© Sputnik / Grigoriy Sisoev
Russian, German Top Businessmen to Meet at Munich Conference – Russian Ambassador
This year, the conference's agenda will also focus on the future of transatlantic relations, EU member-states cooperation in security and defense matters and the security situation in the Asia-Pacific, including on the Korean peninsula. Participants will also discuss terrorism, information warfare, as well as major threats to global health and climate security.

In a report released earlier this month, titled "Post-Truth, Post-West, Post-Order?", the organizers of the MSC made conclusions that new US President Trump's "isolationist" policies could significantly undermine the current liberal world order and weaken numerous international institutions.

"The consequences for the international order could be tremendous: if the US does retreat, vacuums will be filled by other actors. Key institutions will be weakened, spoilers will be emboldened. And some US allies may see no alternative than to start hedging by seeking out new partners," the Munich Security Report said.

Hundreds of bilateral diplomatic and business meetings as well as complementary workshops on current aspects of the international security agenda will accompany the debates in the main conference halls. Among events opened to the general public will be a three-day literature series with Nobel prize laureates' participation.