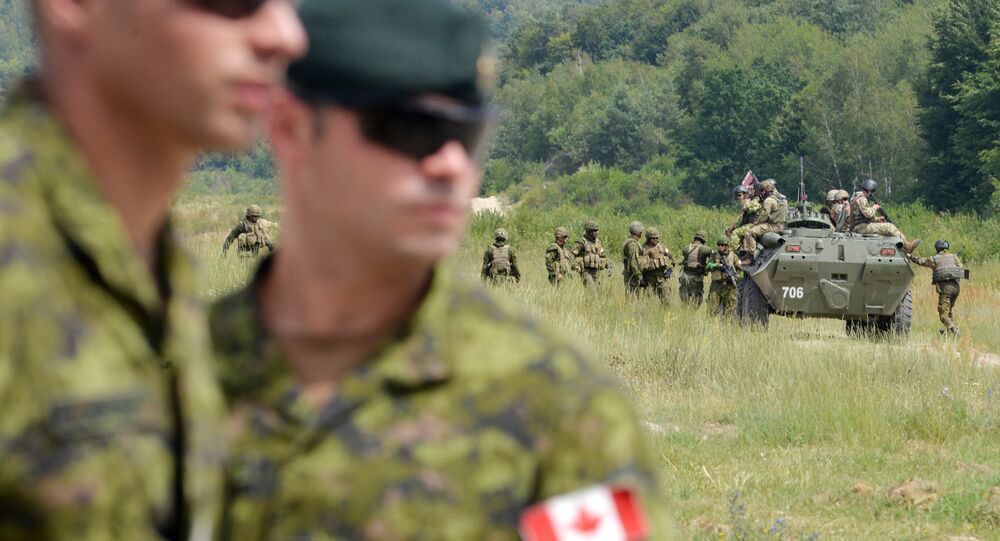 WASHINGTON (Sputnik) — Koronewski said that Ottawa is currently looking into chances to contribute to the future of Ukraine.

"The Government of Canada is currently reviewing Ukraine’s needs and is exploring options to inform the decision on how Canada can best support Ukraine and provide the greatest impact into the future," Koronewski said on Wednesday.

Canada began training members of Ukraine’s military in summer 2015. Within the framework of its training mission, Operation UNIFIER, Canada has 200 military personnel in Ukraine until March 31, 2017.

The Canadian personnel will "continue to help develop and deliver military training and capacity building programs for the Ukrainian Armed Forces," Koronewski noted.

The spokesperson added that the soldiers are "prepared to react to any eventuality going forward concerning mission timelines."

Koronewski also said the Canadian Armed Forces have trained more than 2600 Ukrainian soldiers since the start of the mission in September 2015.

© Sputnik / Stringer
US to Help With Training Up to Four Ukrainian Battalions in 2017
Canada is not the only country to provide assistance for the Ukrainian army. The United States will advise on training up to four battalions in Ukraine throughout 2017. Since 2014, Washington has provided Kiev with $600 million in military assistance, including training, equipment and reform advisory effort, according to the US Department of Defense.

The United Kingdom is providing training for the Ukrainian military. More than 5,000 Ukrainian personnel will have been trained by the UK advisers by Match 2017. London also gifted Kiev 1 million pound ($1.25 million) worth of non-lethal military equipment.

In April 2014, Ukrainian authorities launched a military operation against pro-independence militias in the Donbas. In February 2015, the sides reached a ceasefire deal after talks brokered by the leaders of Russia, France, Germany and Ukraine in the Belarusian capital of Minsk.