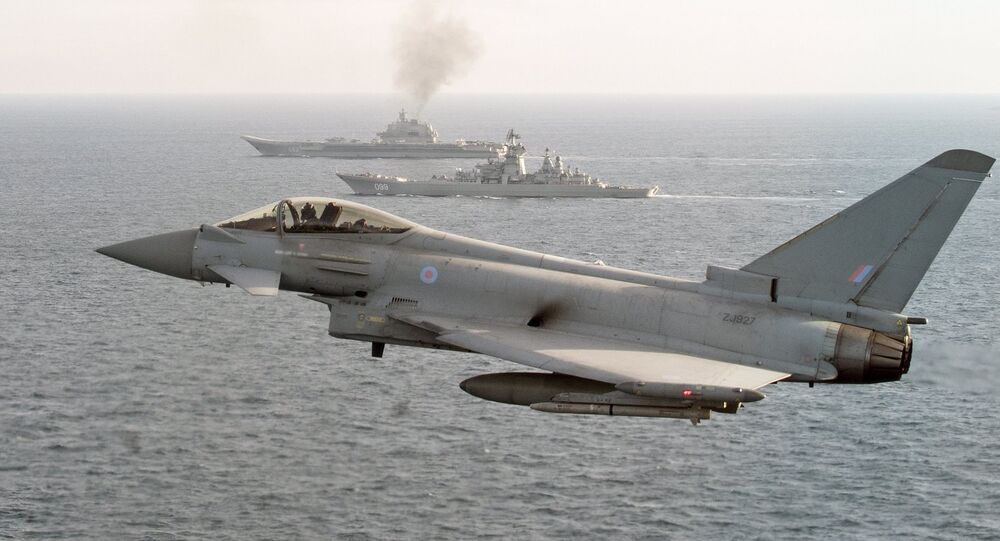 The Russian aircraft carrier Admiral Kuznetsov was followed by more than 50 NATO ships on its way to Syria and back; this was by no means "an easy walk" for those vessels, Russian military commentator Viktor Baranets told Sputnik.

© Sputnik / Press service of the Northern Fleet/Andrey Luzik
Admiral Kuznetsov's Mission in Syria 'Dispels Doubts Over Russia's Naval Capabilities'
In an interview with Sputnik, Russian military commentator Viktor Baranets said that the very fact that the Russian aircraft carrier Admiral Kuznetsov was followed by more than 50 NATO ships indicates the alliance's drive to pursue its own agenda with respect to the Russian warship.

The interview came after commander of the cruiser Sergey Artamonov said that Russia's aircraft carrier Admiral Kuznetsov, which has recently returned from Syria to the country's northern port city of Severomorsk, was followed by more than 50 NATO ships on its way to Syria and back home.

The air wing of #Russia's aircraft carrier #AdmiralKuznetsov is back home in Severomorsk, after carrying out a mission in #Syria. pic.twitter.com/6c6HJseggS

Commenting on the foreign fleets' increased interest in the  Admiral Kuznetsov, Viktor Baranets said that NATO ships were conducting a "serious military mission" while "escorting" the Russian aircraft carrier.

"It was important for them to see what a Russian warship looks like, and to know all about its performance characteristics, including the speed, the warplanes' takeoff and the engines' operations, which is of great importance to [NATO] submarines," he said.

"In order to see that the Admiral Kuznetsov has left the Mediterranean Sea, one can use satellite surveillance rather than send warships to the area," he said.

"For them, escorting the Admiral Kuznetsov is not just an easy walk; it is a very serious military mission. They detect signals from the Russian aircraft carrier, track her maneuvering and so on," he said.

© Sputnik / Sergey Eshenko
This is What Russia's Navy Can Learn From Admiral Kuznetsov Carrier Mission in Syria
Russia's naval group, consisting of the Admiral Kuznetsov, the Pyotr Veliky battle cruiser, the Severomorsk and the Admiral Kulakov anti-submarine destroyer, and support vessels, left for Syria in October 2016 to participate in counterterrorism operations.