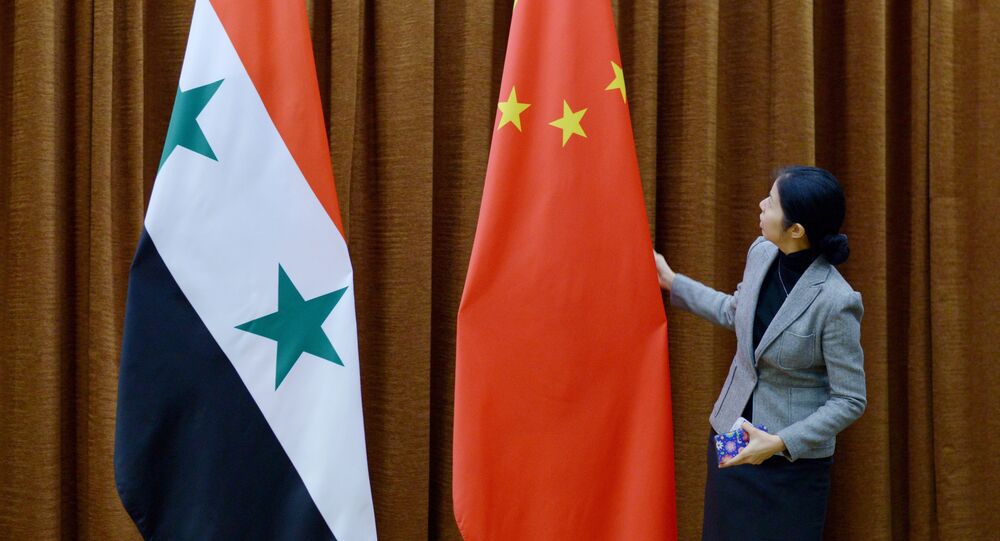 Syrian ambassador to China said that China is Syria's largest trade partner, accounting for about 80 percent of the country's foreign trade.

"China was our first trade partner before crisis in Syria. Now because of the almost non-existing trade relations between us and the West, China's role has become even larger and larger. So it is not only number one trade partner, it is maybe responsible for 80 percent of the whole trade of Syria. And besides there are other dimensions to these relationships," Moustapha said in an interview.

The trade has become almost unilateral as Syrian oil export decreased dramatically due to the conflict, the Syrian ambassador added.

"We import from China now almost everything. From electricity generator units to… building materials, a very wide variety of products produced in China, manufacturing equipment, spare parts, you name it, it is a very wide spectrum of products that we import. China used to import oil from Syria… of course, now less and less oil exports from Syria because of the terrorist attacks on the oil fields and because they control many oil fields. So I would say that most of the trade between Syria and China is unilateral," the senior diplomat stressed.

Describing the current state of Syrian-Chinese relations, the ambassador characterized them as being very solid and based on many years of friendship.

China has increased the level of its diplomatic involvement in the Syrian crisis settlement, Imad Moustapha, the Syrian ambassador to China said.

He noted that China had been coordinating its stance on Syria with Russia.

"China did try many times to help bring the different Syrian parties to a sort of a dialogue but because of the geographical distance and geostrategic distance also, China did not play a proactive role… it just played a smoothing role. Particularly, if you take into account that China and Russia liaise tightly on many diplomatic fronts and, I believe I have insider information, China coordinates with Russia to a very large degree its Syrian policy. And because Russia is actively and rigorously involved in the Syrian crisis so China is providing background support," the ambassador added.

Moustapha said that the main reason behind China's increased involvement in the crisis was in better understanding of the conflict's essence, as well as a significant number of Chinese militants from East Turkestan Islamic Movement, up to 5,000, fighting on the side of terrorists in Syria.

The ambassador concluded by saying that Damascus believed Beijing could play a constructive role in the Syrian settlement and act as an important balancing factor.

China to Provide Syria With $16Mln Worth of Humanitarian Aid