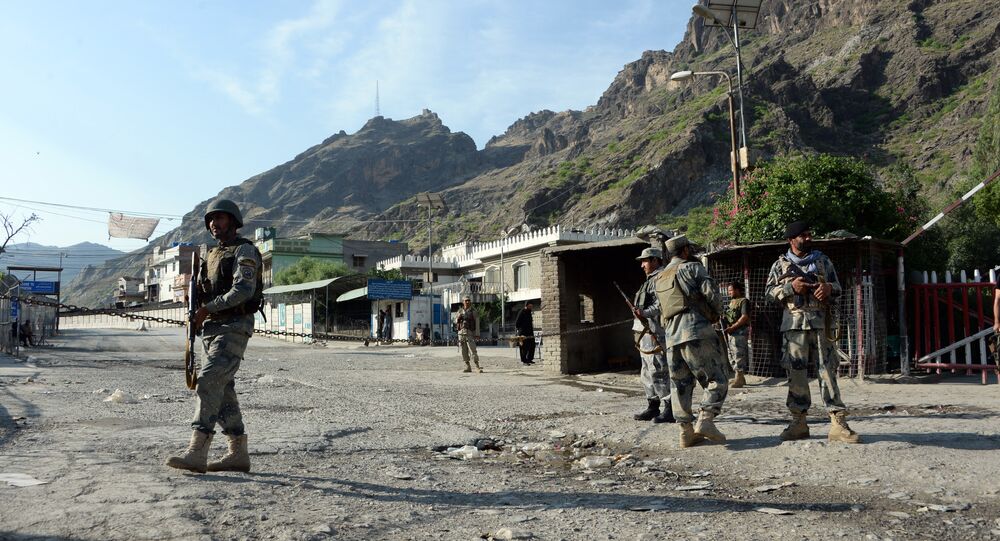 "We are in favor of further deepening of our bilateral relations" Rabbani said on Tuesday during the talks with Russian Foreign Minister Sergei Lavrov in Moscow.

The Afghan foreign minister added that there were a number of topics to be discussed, including the global challenges such as terrorism and drug trafficking as well as a number of bilateral cooperation matters.

"We are interested in increasing oil imports from Russia," Rabbani said.

Earlier in the day, Rabbani who is on official visit to Russia, said that there were a number of topics to be discussed with Lavrov, including the global challenges such as terrorism and drug trafficking as well as a number of bilateral cooperation matters.

Russia has been Afghanistan's largest supplier of refined petroleum over the years, contributing to roughly half of its imports. However, the value of such imports has been declining due to fall of oil prices with over $580 million in 2012 and just $233 million in 2014.

Military-technical cooperation between Afghanistan and Russia is on the rise, Moscow provides Kabul with needed training and equipment in the fight against terrorism, Rabbani said.

"We were discussing progress in our technical-military cooperation. We thanked Russia for the training and equipping support as our forces need it to battle transnational terrorist organizations," he said.

He added that the military-technical agreement recently signed by the defense ministers of the two states would "further strengthen military to military cooperation."

Rabbani also thanked Russia for condolences over the death of people along the Afghan-Pakistani border after three days of heavy snowfall caused a series of deadly avalanches Sunday.

"We agreed to increase cooperation at and through the multilateral platforms including the United Nations and other international organizations," he added.

© Sputnik / Grigoriy Sisoev
Russia Seeks Closer Ties With Afghanistan, Supports Kabul Stabilization Efforts
Afghanistan is in a state of political and social turmoil, with government forces fighting the continuing Taliban insurgency. The instability has persisted in the country since the 2001 US-led invasion to defeat the Taliban and al-Qaeda in the wake of the 9/11 attacks in the United States. The lack of control and instability turned the country into home to the largest opium poppy production and distribution network in the world.

Stronger Relations Between Russia, US Bring Hope for Peace in Afghanistan