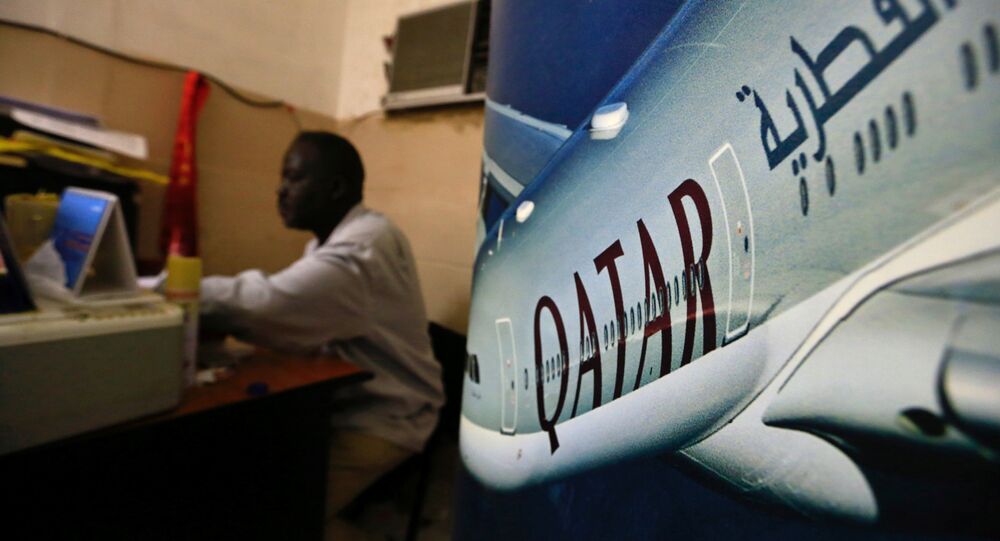 Qatar Airways will allow nationals of the seven countries affected by Trump's executive order to board flights to the United States; these travelers have been banned from entering the US along with all refugees for the next several months, according to an official statement.

"As directed by the U.S. Customs and Border Protection (CBP), nationals of the seven affected countries listed below and all refugees seeking admission presenting a valid, unexpired US visa or Lawful Permanent Resident (LPR) card (Green Card) will be permitted to travel to the United States and will be processed accordingly upon arrival," the Doha-based airline said in a statement.

Earlier in the day, reports emerged that Japan's ANA airline had also lifted restrictions for nationals from the seven countries listed in the US travel ban.

© REUTERS / Shannon Stapleton
Over Half of US Citizens Back President Trump's Entry Ban – Poll
On January 27, Trump signed an executive order which blocks all refugees from coming to the United States for 120 days, indefinitely suspends the entry of Syrian refugees, and suspends citizens from Iran, Iraq, Libya, Somalia, Sudan and Yemen from entering for 90 days. The ban triggered large protests in the United States and provoked criticism around the world.

The order was halted nationwide on Friday, after a federal judge in Seattle granted a temporary restraining order on Trump's immigration ban.