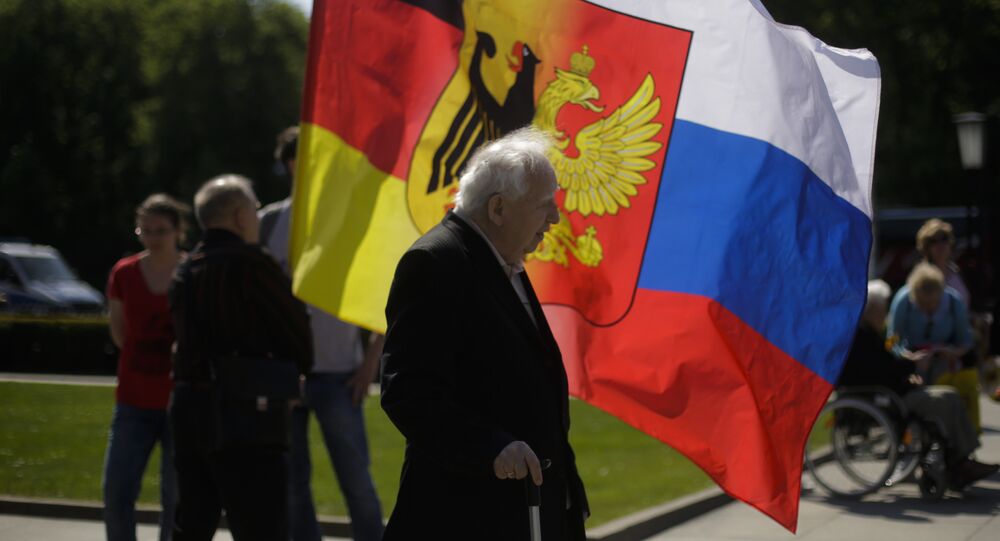 In an interview with Sputnik Italy, journalist Salvatore Santangelo pointed out that the future of Russian-German relations will greatly depend on the ability of Moscow and Berlin to maintain a dialogue.

© Sputnik / Igor Zarembo
Fencing Unfairly: Germany Begrudges Trump's Wall While Barricading Russia
Relations between Russia and Germany have yet to improve and much will hinge on the ability of the two countries' leaders to keep on interacting, Salvatore Santangelo, journalist and Associate Professor of University of Rome Tor Vergata, told Sputnik Italy.

He is also author of the book "GerRussia — split horizons of European geopolitics" which describes the different phases of the development of relations between Berlin and Moscow.

"Russia and Germany have centuries-old ties, which finally led to their special relationship. In my book I call on these two countries, which clashed in mortal combat within Europe in the last century to build a new future and not repeat the bloody pages of history at the heart of our continent," Santangelo said.

He added that the Ukraine crisis which started in 2014 rode roughshod over Russian-German ties.

"It was a strategic alliance, and the term GerRossiya term was created in the 1990s to emphasize the special relationship between the two countries, which successfully developed bilateral economic and cultural ties. Although relations deteriorated due to the Ukraine deadlock, the two's energy ties remained almost unchanged," Santangelo said.

He added that "history and geography certainly play a key role" and that the interests of nearby Ukraine and the Baltic States had been damaged by the deterioration in relations between Moscow and Berlin.

"It is extremely important that Germany and Russia can build a dynamic relationship, taking into account all the difficulties and concerns and find the ways to resolve these problems," he said.

Santangelo said that despite German Chancellor Angela Merkel supporting the anti-Russian sanctions, other members of the German establishment, such as Foreign Minister Frank-Walter Steinmeier, are trying to maintain Berlin's relationship with Russia.

In this regard, Santangelo pointed to the two countries cooperating on the Nord Stream project and an asset swap between the Russian energy giant Gazprom, German chemical behemoth BASF and the international, privately-owned energy supplier E.On.

"In other words, economics and cooperation can overcome such troubles as an ideology and propaganda," he said.

Asked about the future of Russian-German ties, Santangelo remained cautiously optimistic on the matter.

"The fate of GerRussia will depend on political elections, given that since the fall of the Berlin Wall, we have seen a consensus between Kohl and Yeltsin, Putin and Schroeder," according to him.

© REUTERS / Hannibal Hanschke
Germany’s Merkel Has 'Very Greatest Interest' in Ending Russia Sanctions
Santangelo said that although relations between Merkel and Putin are not ideal, their countries were able to keep and maintain bilateral relations thanks to the various forms of cooperation.

"In the future, much will depend on the ability of these leaders' to preserve a dialogue. In this sense, it is necessary to prevent the Ukrainian crisis from leading to new walls or new bloodshed in the heart of Europe," he concluded.