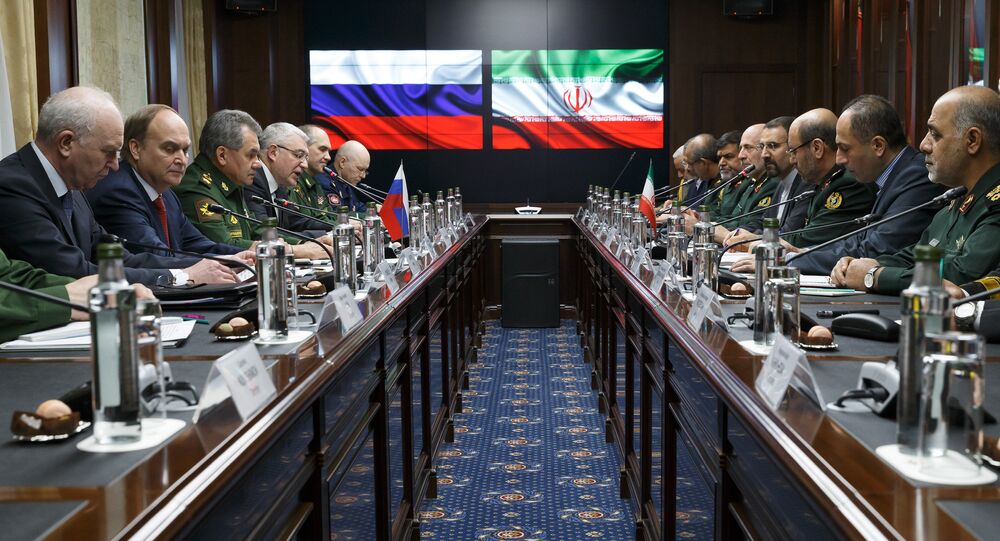 The Committee on Defense and Security of the Federation Council, the upper house of the Russian legislature, will visit Iran next month to discuss weapons sales as well as the peaceful resolution of the war in Syria.

© Sputnik / Maksim Bogodvid
Moscow, Tehran Ready to Establish Joint Venture to Churn Out Helicopters
On March 1, representatives of Russia's Federation Council's Committee on Defense and Security will start their six-day visit to Iran to discuss the provision of weaponry to Tehran as well as the situation in Syria, the Committee's chairman Viktor Ozerov told RIA Novosti.

The visit comes a few months after the implementation of a contract on the supply of Russian S-300 missile defense systems to Iran, a document which Tehran said laid a solid foundation for the development of new areas of weapons development cooperation between the two countries.

In an interview with Sputnik Persian, Iranian political analyst Shoeib Bahman remained optimistic about the future of the Russian-Iranian military collaboration.

"Currently, both countries are poised to expand partnership in this area, with Iran ready to purchase other kinds of weapons [from Russia] for its Navy and Air Force. The military and technical cooperation between Tehran and Moscow is not only limited to the supply of the S-300 missile system," Bahman said.

He recalled that in the past couple of months, the two countries have held talks to discuss the supply of Russian fighter jets and light armament to Iran.

The topic is expected to be further discussed during the upcoming inter-parliamentary meeting in Iran, according to Bahman.

© Sputnik / Pavel Lisitsyn
Why No Country Should Be Wary of Russia's S-300 Air Defense Systems in Iran
He also expressed hope that the two countries will continue to cooperate, and that Russian specialists could train the Iranian military as well as technical experts, especially given that Russia is slated to provide more military hardware to the Iranian Air Force and Navy.

In this vein, Bahman said that it will be necessary to render "staff support to Iranian specialists during the integration of Russian arms and transfer of their technology."

"Also, the past several years have seen the intensification of military cooperation between Iran and Russia on Syria," he said, also referring to anti-terrorist drills between the two countries.

"So the level of military collaboration between Iran and Russia is not limited to the agreements on arms supplies," Bahman concluded.

The $900-million contract to deliver five Russian S-300 systems to Iran was signed in 2007. It was suspended after the adoption of UN Security Council sanctions against Iran in mid-2010.

In April 2015, Russia resumed the talks on the S-300 deliveries following an interim agreement on the Iranian nuclear program.

Tehran announced a year later that Russia had delivered its first consignment of S-300 missiles as scheduled.

Last week, the Russian Foreign Ministry announced that Russian Foreign Minister Sergey Lavrov and his Iranian counterpart Mohammad Javad Zarif had agreed that the intra-Syrian talks in Astana were an effective platform for the resolution of the Syrian conflict, pledging to maintain efforts to closely coordinate their efforts to resolve the conflict.

© Flickr / Andrey Korchagin
Sky is Safe Now: Russia Supplies All S-300 Missile System Divisions to Iran
The Astana talks on the Syrian crisis settlement brought together the representatives of the Syrian government and the armed opposition groups for the first time since the Syrian War began six years ago.

As a result of the talks, Russia, Iran and Turkey agreed to establish a trilateral mechanism to monitor the ceasefire that came into effect on December 30, 2016.

Iranian Official: 'There Are No Disagreements Between Moscow and Tehran'