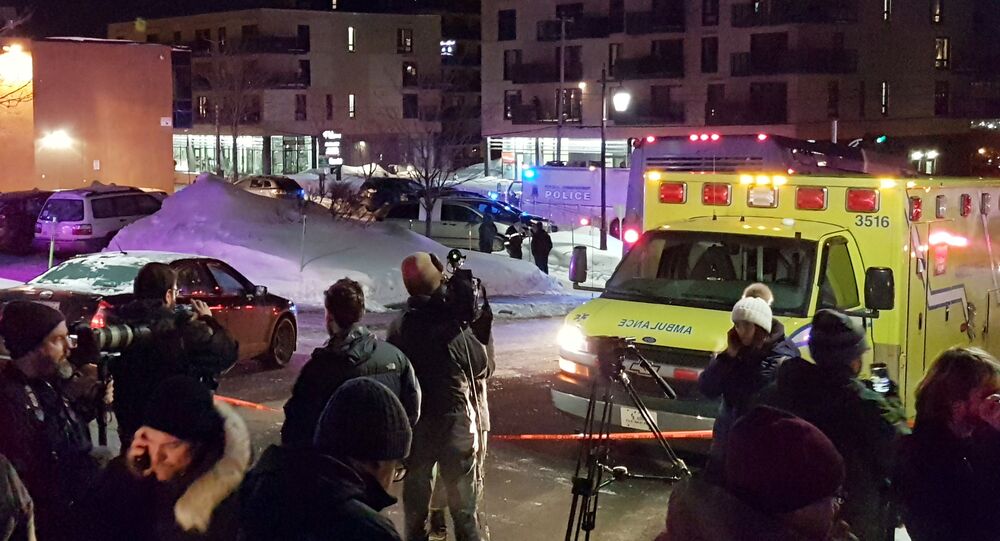 Justin Trudeau said the shooting that left at least five people dead in the Islamic Cultural Center in Quebec City was a terrorist attack.

"We condemn this terrorist attack on Muslims in a center of worship and refuge," Trudeau said in a statement two hours after calling the attack "cowardly" on Twitter.

"As a result of this terrorist act, I asked the [National Assembly of Quebec legislature] to lower the Quebec flag," Premier Philippe Couillard wrote on Twitter.

At least five people were said to have been killed in an armed attack on the cultural center in Quebec City at 01:00 GMT earlier in the day. Local law enforcement officers have reportedly detained two attackers.

Shots Fired at Quebec Mosque With 40 People Inside