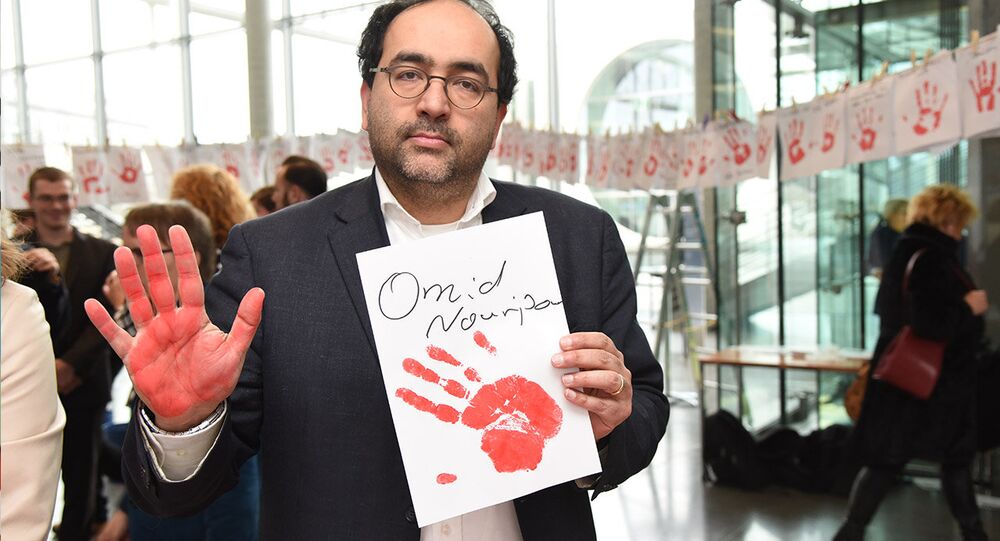 Omid Nouripour, an Iranian-German politician and a member of the German parliament (Bundestag) from the Green party, may be denied entrance to the United States in accordance with the order of US President Donald Trump aimed at decreasing the flow of migrants, media reported Sunday.

© Fotolia / weim
State Department Says No One Entered US Using Visas From Fake Embassy in Ghana
MOSCOW (Sputnik) – On Friday, Trump signed an executive order which blocks all refugees from coming to the United States for 120 days and suspends the entry for citizens from Iran, Iraq, Syria, Yemen, Sudan, Libya and Somalia for 90 days.

Nouripour's US visa expires at the end of February but the politician, who immigrated to Germany with his family from Tehran in 1988 and has a dual Iranian-German citizenship, does not expect to get a new US visa, the Spiegel magazine, reported.

"My example demonstrates how absurd Trump's order is," Nouripour said, adding that Germany should demand to revoke the order, as quoted by the media outlet.

Though Nouripour has applied for a US visa before Trump's order enters into force and as a Bundestag lawmaker he has a diplomatic passport, it will not help in this situation, according to the magazine.

Remove The Specs: Glasses Banned from US Passport and Visa Photos