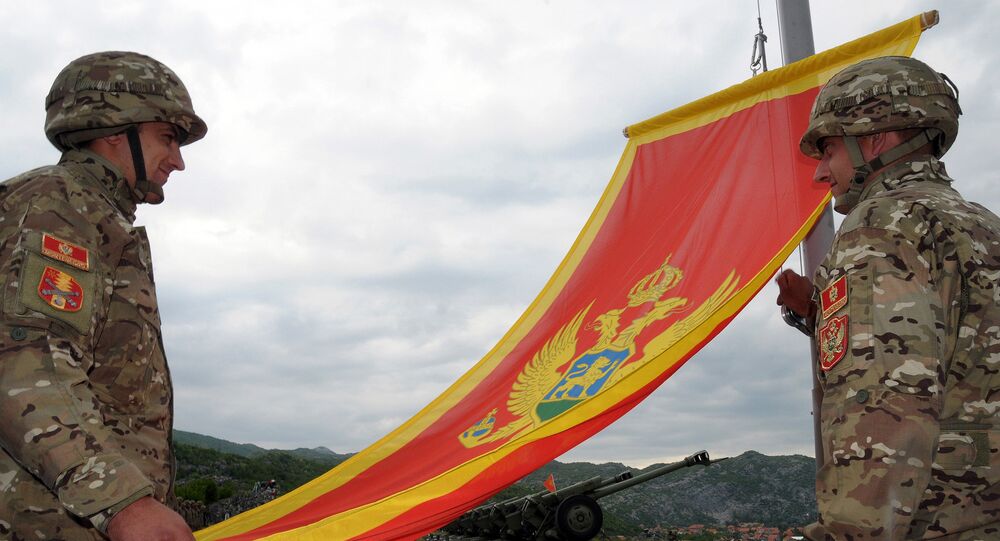 The admission of Montenegro into NATO has been delayed again because the new administration in Washington has bigger issues to deal with, political analyst Milan Krstic told Sputnik Srbija.

© REUTERS / Stevo Vasiljevic
Thought Police: Montenegrin Activist Grilled by Authorities for Anti-NATO Views
The US Congress has delayed a vote to ratify Montenegro's accession to the NATO alliance for a fourth time, raising fears among supporters of Podgorica's membership that the process will be delayed indefinitely.

While the previous US administration and the Pentagon were keen to include Montenegro in the alliance, new US President Donald Trump has called NATO "obsolete," and criticized the US commitment to the defense of Europe.

On Thursday Secretary-General Jens Stoltenberg said that "Montenegro is on the right track to join the Alliance in the very near future," following the ratification of last year's accession agreement by 21 of NATO's 28 members.

On January 11 the US Senate Foreign Relations Committee voted for the second time to admit Montenegro, before sending the resolution to the full Senate, which has again delayed its vote on the matter.

Political analyst Milan Krstic of Belgrade University's Faculty of Political Science told Sputnik Srbija that the US Senate probably delayed the ratification because it was too occupied with other issues, including the formation of Trump's cabinet.

"In relation to that, I think there is a certain kind of political caution. Everybody is waiting for the complete formation of the new administration, and then the Senators, above all Republicans who have doubts about it, are supposed to agree a final decision on Montenegro with the (Trump) administration," Krstic said.

"America will ratify the accession of Montenegro because it's a country which, without any disrespect taking into account its glorious history, is a small player in international relations. If compromises are to be made between the US and Russia, they won't be made in this area."

Russia is opposed to the expansion of NATO, and sees the alliance as a threat to national security. Furthermore, the expansion is a reversal of an assurance the US government made at the end of the Cold War that the alliance would not expand eastward.