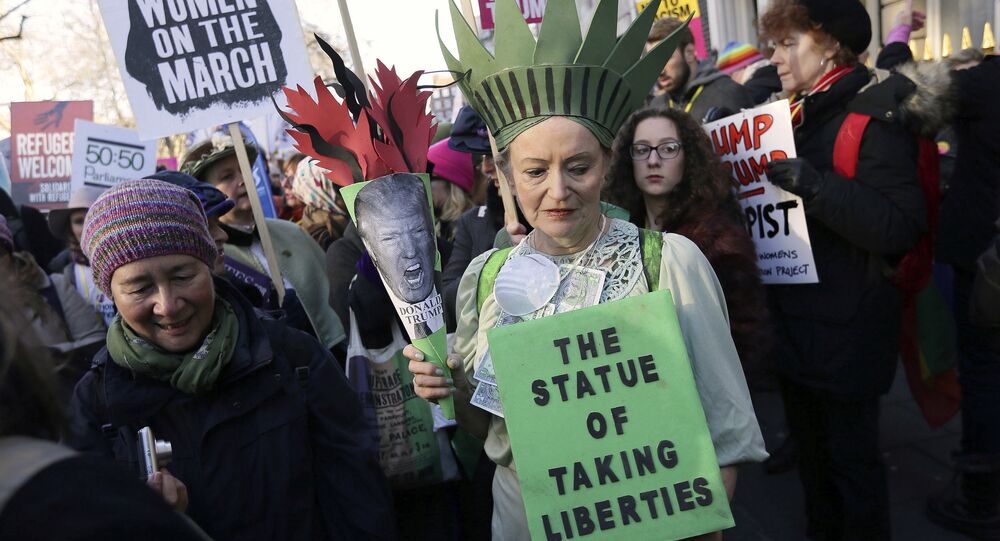 About 2 million people in 75 countries across the globe flooded the streets to march for human rights on January 21, US President Donald Trump’s first day in office.

More than 600 marches took place around the world on the day after Trump's inauguration, following in the footsteps of the Women's March on Washington.

The original event has drawn at least 200,000 people in what is considered to be the largest presidential inauguration demonstration in the history of the US.

​"The rhetoric of the past election cycle has insulted, demonized, and threatened many of us…and our communities are hurting and scared," the event's mission statement says. "The Women's March on Washington will send a bold message to our new government on their first day in office, and to the world that women's rights are human rights."

The demonstration inspired hundreds of ‘sister' marches in dozens of countries in all parts the world, including India, Spain, Serbia, and even reached Antarctica and Kenya — the African nation that was home to former President Barack Obama's father.

​​The marchers — women, men and children — say that the protests shouldn't necessarily be regarded as anti-Trump or pro-women, but rather that their aim is to highlight different human rights issues such as LGBTQIA rights, workers' rights, civil rights, disability rights, immigrant rights and environmental justice.

"We're not marching as an anti-Trump movement per se, we're marching to protest the hate speech, the hateful rhetoric, the misogyny, the bigotry, the xenophobia and we want to present a united voice with women around the globe," Mindy Freiband, organizer of the march in Sydney, Australia, told Reuters.

Today in #Berlin, #Sydney, #Macau and #Manila.
Let's march together.
Stand up for what you believe in.#WomensMarch #Humanrights pic.twitter.com/cYS5oLgFSg

​​In the capital of the UK, some 100,000 protesters holding banners with slogans like "Nasty women unite" gathered in front of the US Embassy for a march that ended with a rally in central Trafalgar Square.

Some of my favourite signs from the London march today. #womensmarchlondon #WomensMarch pic.twitter.com/rscmaZ5I6h

"We unite and stand together for the dignity and equality of all peoples, for the safety and health of our planet and for the strength of our vibrant and diverse communities." London event's official Facebook page reads.

In Italy, protesters gathered outside the Rome's Pantheon, carrying placards that said "Yes we must" and "Women's rights are human rights."

Look who's marching with us! #womensmarch #london pic.twitter.com/e8qR3xvvWh