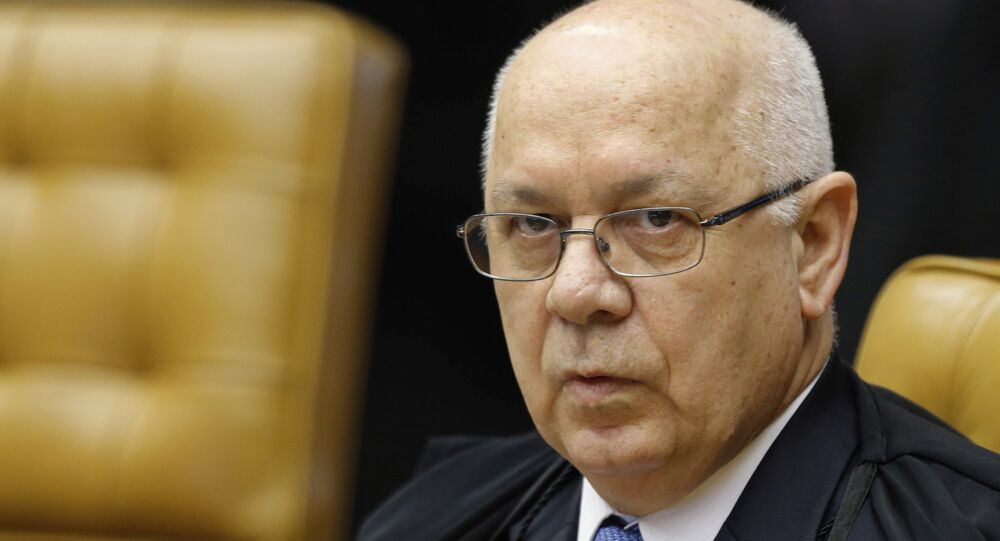 A small plane has crashed near Rio de Janeiro, carrying a Supreme Federal Court judge who was investigating the ongoing high-profile Operation Carwash corruption scandal in Brazil, sparking worries that nefarious intent may have contributed to the aircraft’s wreckage.

The judge, a central figure in Operation Carwash, is among the victims, the local fire brigade has confirmed.

​While the plane has the capacity to seat eight, a magistrate by the name of Teori Zavascki was aboard along with three other passengers. Zavascki’s son, Francisco, confirmed his father’s status on the aircraft. "Please pray for a miracle," he said in a Facebook post.

​There are currently some four-dozen troops conducting a search mission. The soldiers are being aided by three Brazilian Navy seacraft, the Rio Fire Department, and local fishing boats. Local media outlets report that the plane landed in the sea of Paraty, adding that three casualties have been confirmed.

The plane, a Beechcraft King Air C90,  was less than two miles from the landing strip in Rio, Brazil’s capital. The Brazilian Air Force corroborated reports that four passengers were on the flight, but did not disclose further details about their specific identities. Brazilian aviation agencies noted that the aircraft was fully registered and had been documented to be in working order. No root causes have been offered.

A hostel owner in the region said, "I have not seen the moment of the accident, I just felt a strong smell of fuel." One of her employees is part of the search and rescue team. Brazilian news outlet G1 has called the event an accident.