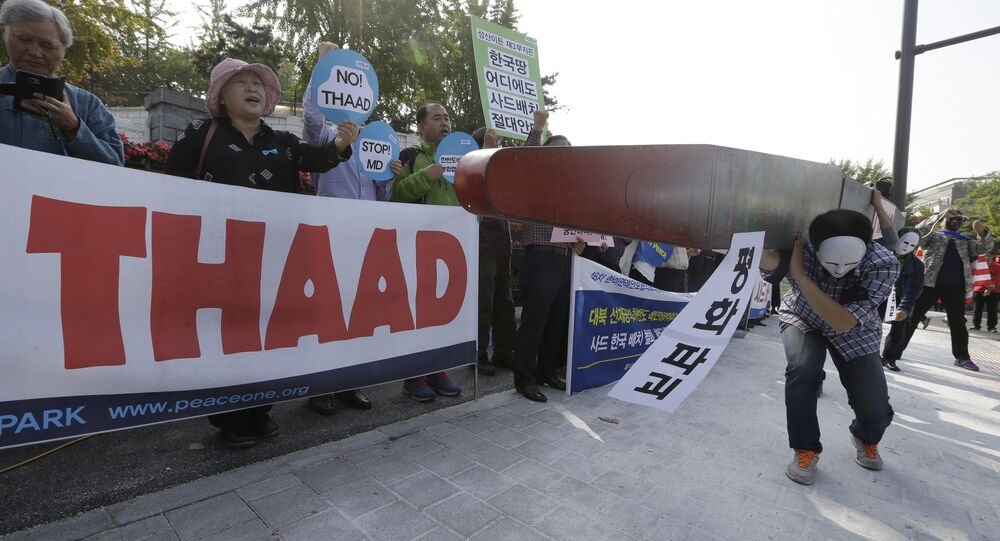 US Senator John McCain said that China should stop its retaliation campaign against South Korea over the deployment of anti-missile Terminal High Altitude Area Defense systems to the peninsula.

"If China believes in free trade and has genuine concerns about the deployment of THAAD in South Korea, it should cease its attempts to undermine South Korea’s sovereign ability to defend itself and use its considerable influence to pressure North Korea to stop its destabilizing behavior," McCain stated.

The senator from Arizona claimed that China has cut the number of charter flights from South Korea, while banning imports of cosmetics and other products from the country.

"China has done all of this to stop the deployment of a missile defense system, which is only necessary because China has aided and abetted North Korea for decades," McCain noted.

In July 2016, Seoul and Washington agreed to deploy the THAAD system in South Korea's Seongju County amid growing tensions in the region spurred by North Korea's ballistic and nuclear tests.

Japanese Defense Minister to Visit US THAAD Battery in Guam