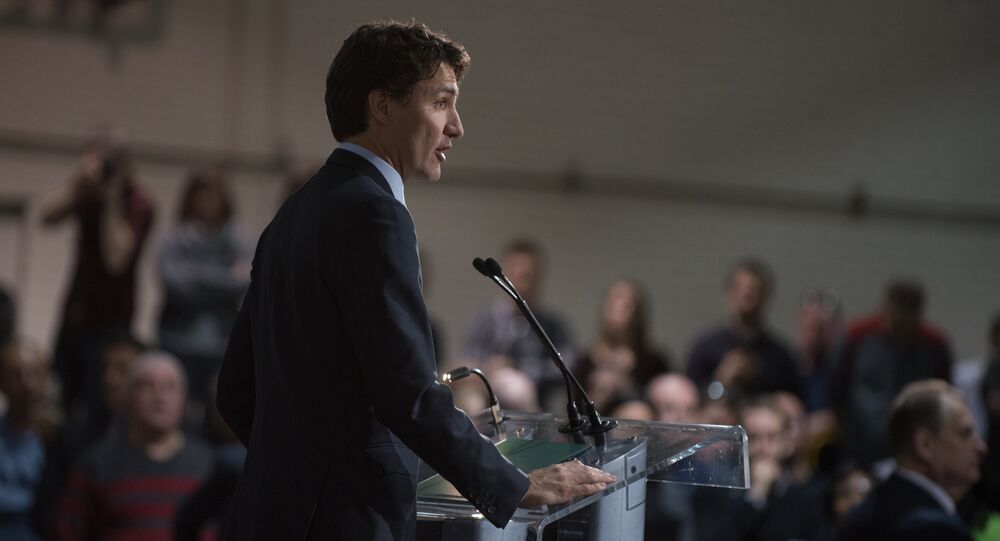 At a news conference in the Canadian province of Quebec, Canada’s Prime Minister Justin Trudeau insisted on speaking solely in French, despite English being the most popular language of the country.

© REUTERS / Chris Wattie
Canada Appoints Special Secretary to Build Ties With Trump Team - Trudeau
"All people who speak one of the two official languages should feel comfortable across the country," Trudeau said, answering questions in the Sherbrooke town hall ranging from public transit to marijuana legalization, according to CBS News.

"But we're in a French province so I will answer in French," he said, answering a woman who asked what the government intends to do to help Anglo-Quebecers seeking mental health services, since those services are only available in French.

According to media reports, many attendees were visibly surprised by the Prime Minister's choice of language. There were at least half a dozen questions asked in English, but Trudeau, who is fluent in both languages, consistently replied in French.

Even a woman wearing a hijab, who had trouble asking her question in English (apparently, she migrated to Canada some time ago), received a reply in a language she likely did not understand. Despite not receiving a substantial answer to her question regarding Muslim holidays in Canada, she did receive a somewhat reassuring reply, but in French.

"Here in Canada, it's hard to call a certain group 'other,' because we are all so diverse," Trudeau said.

Apart from making assurances to all Canadians, Trudeau said that Canada will work with the administration of US President-elect Donald Trump, who has repeatedly endorsed tightening import tariffs to benefit domestic US workers.

"Our economies are thoroughly integrated. Many industries in the US benefit from strong trade ties with Canada," Trudeau said.

The Prime Minister underscored that cooperation with the incoming administration will seek to "protect the working class on both sides of the border."

He said he would strongly defend Canadian farmers and economic interests, as a response to US dairy groups urging Trump to protect US dairy exports from Canadian pricing policies.

Development of Arctic Cooperation in Mutual Interest - Putin to Trudeau