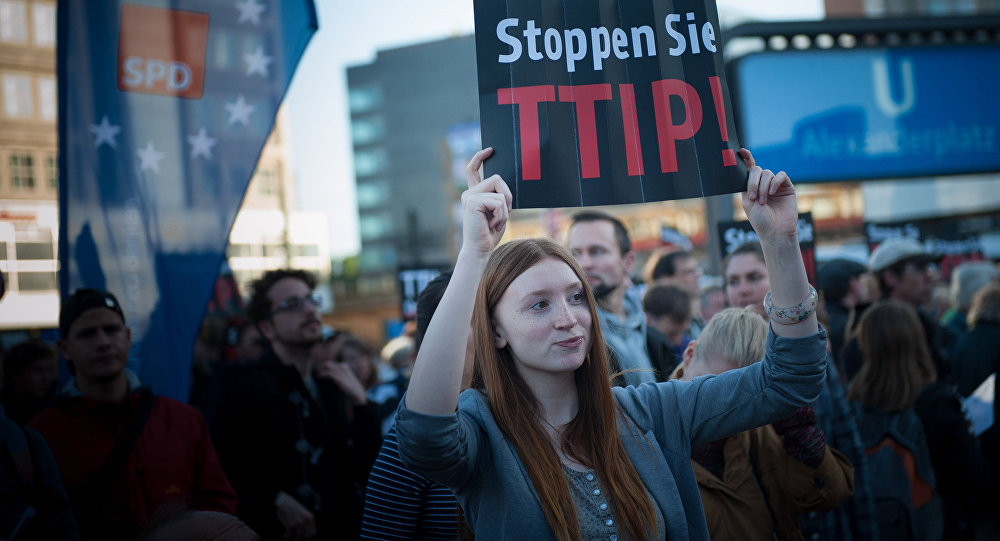 The pause in TTIP implementation process between the EU and the US will remain until the new US administration makes new steps, European Commissioner for Trade Cecilia Malmstrom told Sputnik Wednesday.

© REUTERS / Eric Vidal
TTIP Future Hinges on US Trade Policy Under Trump – Russian Trade Envoy
DAVOS (Sputnik) — The pause between the European Union and the United States in the negotiations regarding the Transatlantic Trade and Investment Partnership (TTIP) will remain in place at least until the new US administration is fully takes over, European Commissioner for Trade Cecilia Malmstrom told Sputnik Wednesday.

"I think TTIP at the moment will have to pause a little bit. There is not even administration in place, it will take a couple of months. Before — we will have contacts. Then we will see. As far as we know, [Trump] has not expressed any views on TTIP, it can take a long time," Malmstrom said.

The break in the negotiations began due to the November US presidential election.