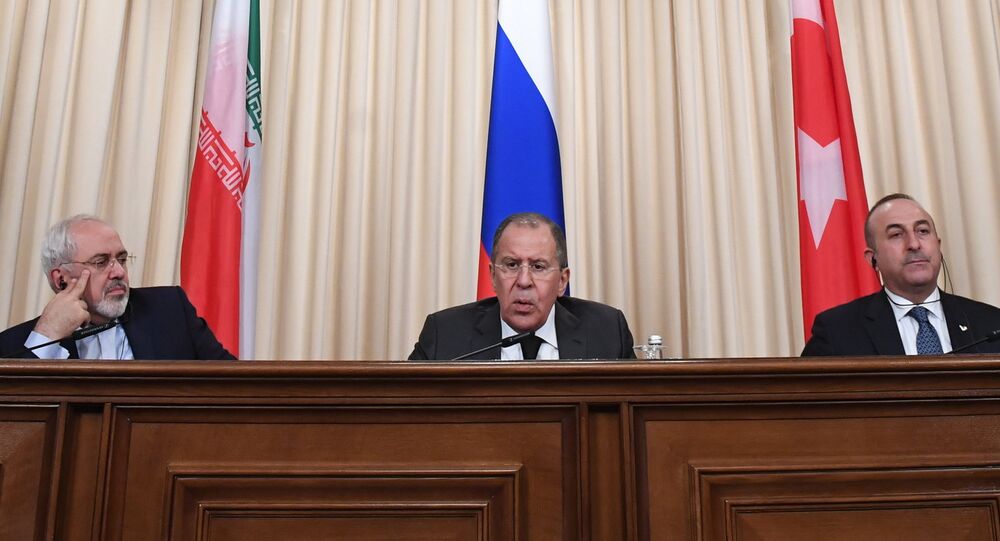 Saudi Arabia should be involved in Syrian crisis settlement process, a political adviser to the UN’s special envoy for Syria told Sputnik on Monday.

© Sputnik / Sergey Pyatakov
Russia, Turkey, Iran Launch Preparations for Syria Talks in Astana - Lavrov
MOSCOW (Sputnik) — The three nations have brokered intra-Syrian talks in Kazakhstan’s capital Astana, scheduled for January 23, ahead of another international round of negotiations in Geneva next month.

"A lot depends on Russia, as well as Iran and Turkey, hence they are the key actors. But the participation of other regional actors is needed, primarily that of Saudi Arabia," Vitaly Naumkin said.

The advisory to Staffan de Mistura predicted that Riyadh could join the Syrian peace process "very soon," adding he hoped this would happen before the Geneva talks.

The new round of reconciliation talks between the Syrian government and opposition factions is supposed to begin on February 8.