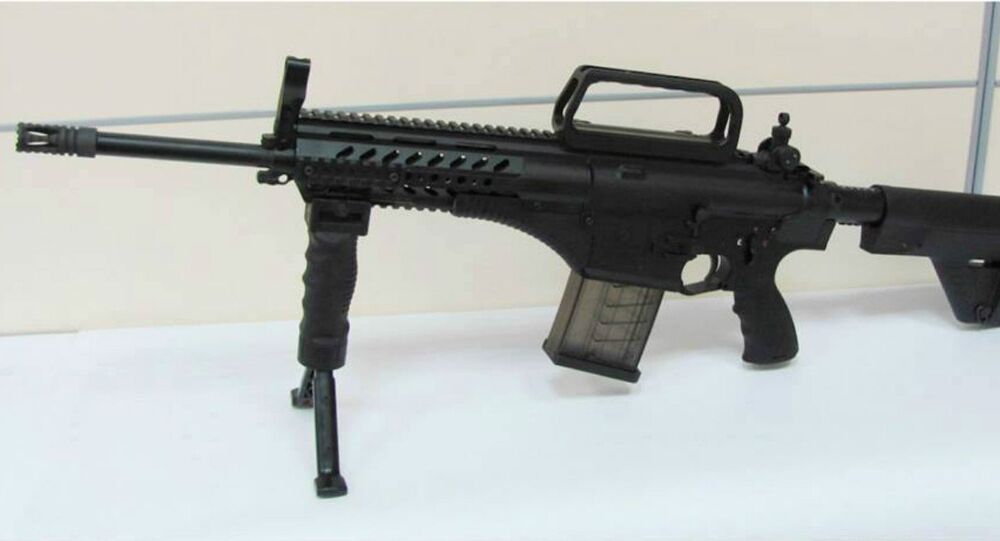 On Tuesday Turkey’s Land Forces Command (TLFC) received 500 MPT-76 battle rifles from the state-owned Machines and Chemical Industries Board (MKEK). The weapons are the first batch of 35,000 serially-produced rifles for the TLFC, Gendarmerie General Command, and Naval Forces Command, agreed to under a 2015 deal.

MKEK will produce 20,000 of the locally-developed weapons, while KaleKalip, a privately owned company that co-designed the rifle, will make the remaining 15,000. At a ceremony held for the announcement, Turkish Defence Minister Fikri Isik said the weapons said can be used in different environments. He noted that 15 years ago Ankara’s reliance on foreign-made defense systems stood at 80 percent, but has fallen to 40 percent currently.

Isik added that the remaining 19,500 MPT-76s will be delivered by MKEK by the end of the year.

IHS Jane’s quoted him saying, "Our aim is to decrease that ratio [to] below 20%." The MPT-76s will also help multiply army forces according to Land Forces Commander General Salih Zeki Colak.

The rifles will replace roughly 200,000 Turkish-made G3 rifles made under a license with German defense manufacturer Heckler and Koch. The MPT-76 was designed to meet a new infantry rifle requirement of the Turkish Armed Forces (TSK) to be chambered in the NATO 7.62x51 mm cartridge, and 500,000 could potentially be produced, chiefly for the army but also across other arms of Turkey’s military.

The Andoula Agency reports that the weapon has "an effective range of up to 600 metres and is capable of firing 600 rounds per minute at a muzzle velocity of 800 metres per second."