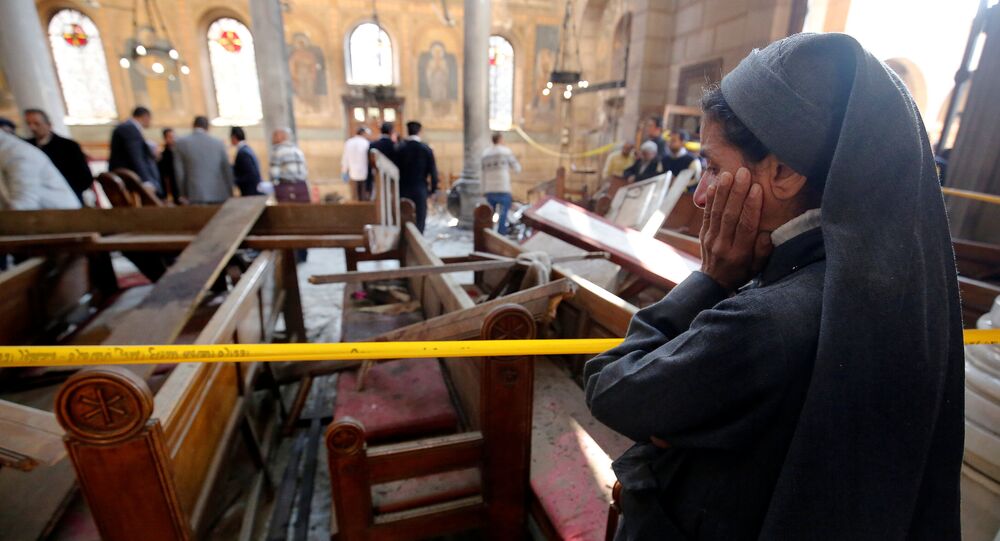 Around 1,200 Christians Killed Globally Within Year

Some 1,200 Christians were killed around the world between November 1, 2015 and October 31, 2016 "for religious reasons," media reported on Wednesday, citing a report of non-governmental Christian Open Doors organization.

© AFP 2020 / SAFIN HAMED
Daesh Terrorists 'Torture, Imprison and Even Burn Iraqi Christians Alive'
BRUSSELS (Sputnik) – According to the organization, the majority of the victims were killed in Nigeria – a total of 695 people, the Libre Belgique newspaper said.

The number of the Christians killed in 2015 was around 7,100 people. In 2014, it stood at 4,300 people, in 2013 more than 2,100, and in 2012 some 1,200 people, the newspaper added. According to Open Doors, the decrease in the number of victims was tied to the decrease in the activity of Nigeria-based extremist group Boko Haram and Daesh, a terrorist organization outlawed in Russia and other countries.

Open Doors is an international non-governmental organization founded in 1955 and engaged in supporting persecuted Christians around the world, distributing Bibles and literature and providing training and literacy programs. The organization is based in the Netherlands.

New Church Law in Egypt Infringes on Rights of Christians