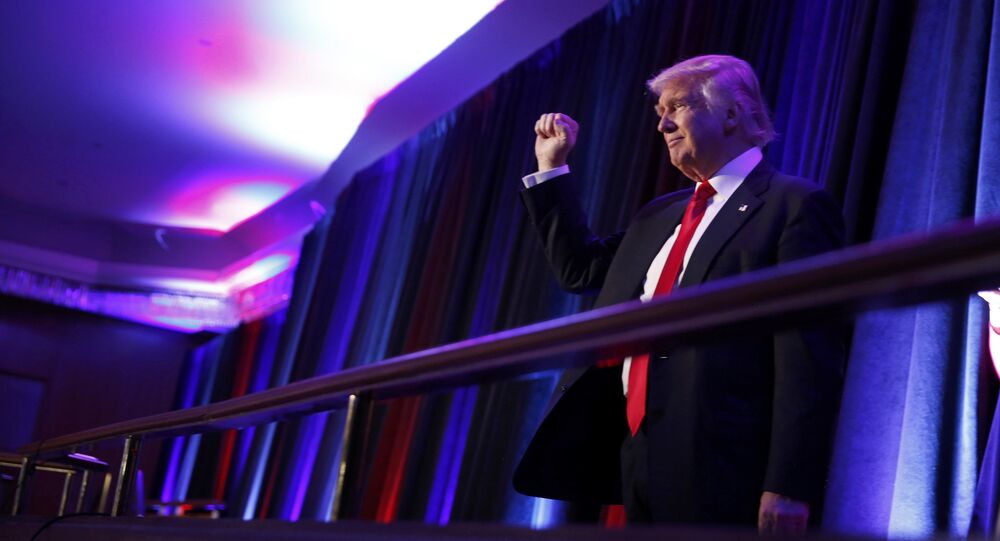 It seems that Washington is coming to terms with the fact that Donald Trump managed to win the 2016 US presidential election all by himself, without help from alleged Russian hackers, according to the Russian news website Gazeta.ru.

© Photo : PIxabay
Nearly Half of Grizzly Steppe's 'Russian Hacking' IP Addresses Prove Nothing
On Thursday, White House spokesperson Josh Earnest said at a press briefing that President Barack Obama had received the report put together by the US Intelligence Community regarding purported evidence that led officials to conclude that Russia had attempted to interfere in the US election.

Also on Thursday, no evidence was presented during the Senate Armed Services Committee hearing to support allegations that Russia had hacked the US presidential polls, despite multiple calls from Republican Senator Lindsey Graham for the nation to "throw rocks" at the Kremlin.

The highly-anticipated hearing was expected to lay out the basis for US intelligence agency claims of Russian interference, but that was not the case. Instead, it entailed two hours of unsubstantiated statements, calls for aggression towards Russia, and hyperbole.

"I don't think that we have ever encountered a more aggressive or direct campaign to interfere in our election process," Clapper told the committee, while refusing to provide evidence to back up his claims. "We cannot confirm this," he said.

"Actually, it means that the American establishment has stopped accusing US President-elect Donald Trump of having his election win orchestrated by Moscow. If the Kremlin has nothing to do with to influencing the presidential voting, the question of Trump's legitimacy is taken off the table," the Russian news website Gazeta.ru said.

Earlier, security experts had expressed dissatisfaction with a report on alleged Russian cyberattacks against the US Democratic Party's computer networks which was released by the Department of Homeland Security and the FBI, according to the Fortune magazine.

In early October 2016, the US government formally accused Russia of hacking the US Democratic National Committee (DNC) and other organizations, claiming that Moscow was allegedly trying to "interfere" with the US presidential election which was won by Republican candidate Donald Trump in November.

Russia has repeatedly denied involvement in the US elections, calling the allegations absurd and noting that they are intended to distract the US public from revelations of corruption and other pressing domestic concerns.

Commenting on the Grizzly Steppe report, issued by the Department of Homeland Security and the FBI report, Jeffrey Carr, author of Inside Cyber Warfare, expressed disappointment regarding the document.

Of course Russian hackers tried to influence US elections. Hillary hired them herself.

Fortune quoted him as saying that the report "adds nothing to the call for evidence that the Russian government was responsible" for the DNC hacks.

Carr said that the report just mentions hacking groups suspected of collaborating with the Russian government and mainly identified as commercial security firms, "without providing any supporting evidence that such a connection exists."

He was echoed by Robert Lee, a former Air Force cyberwarfare officer and cybersecurity fellow at New America, who was quoted by Fortune as saying that "the report is of limited use to security professionals, in part because of poor organization and lack of crucial details."

This hacking saga, some US intelligence agencies still believe the US elections were influenced by Russian hackers.

According to Lee, descriptions of the techniques used by the Russian hacking groups profiled are "very generic," and of little use for network defense. The report, he said, is full of extensive sloppy mistakes and contains limited practical data.

Lee comes to the conclusion that Grizzly Steppe "seems like a very rushed report," arguing that all useful data was removed from the document during its review and approval process.

Ahhh…I just can't stop reading US elections Russian hackers saga. Stuff is addictive. Seriously this is too much. Got to get out!

Meanwhile, Victoria Zhuravleva of the Moscow-based Institute of World Economy and International Relations told Gazeta.ru that the Senate Armed Services Committee hearing is not being conducted to search for evidence of Russia's involvement in the hacking attacks.

"The goal is to maintain a certain level of anti-Russian hysteria and stop it from coming to naught," Zhuravleva said, adding that all this will further tarnish ties between Moscow and Washington.

Meanwhile, Vice President-elect Mike Pence said that Donald Trump's skepticism about the US intelligence community's claims Russia interfered with the 2016 election are healthy given its past failures.

© Flickr / Ayush
Fake News: CNN Uses Screenshots from Fallout 4 to Depict Russian Hackers
Earlier this week, Trump tweeted that an intelligence briefing regarding alleged Russian involvement in hacking the US elections has been delayed until Friday.

Last week, US President Barack Obama's administration ordered the expulsion of 35 Russian diplomats, the closure of two Russian diplomatic compounds and new sanctions against six Russian individuals and five entities over Moscow's alleged interference in the 2016 election, which the Kremlin has repeatedly denied.